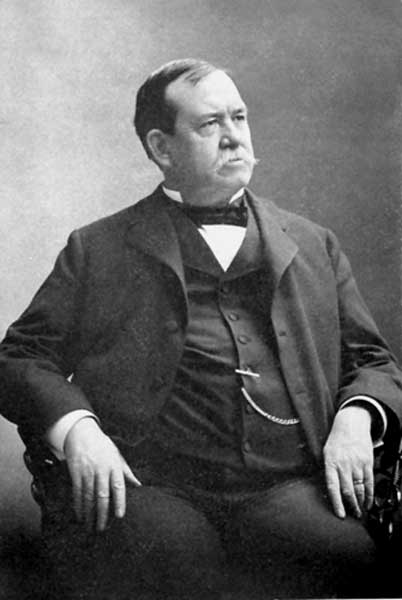 Noble Lovely Prentis was an author, journalist and newspaper editor who worked in Kansas for over three decades.

Prentis was born on April 8, 1839, in a log cabin three miles from Mount Sterling, Illinois. His parents died at Warsaw, Illinois of cholera during the epidemic of 1849, leaving him an orphan at the age of ten. He then went to live with an uncle in Vermont and remained there until he was 18 when he moved to Connecticut and served an apprenticeship in the printer’s trade. He then came west and worked for a time in a newspaper office at Carthage, Illinois.

At the opening of the Civil War, he enlisted as a private in the Sixteenth Illinois Infantry and served four years when he was honorably discharged. Prentis married Maria C. Strong on May 13, 1866. He published a paper at Alexandria, Missouri until Captain  Henry King of the St. Louis Globe-Democrat induced him to come to Topeka, Kansas in 1869 and assist him on the Record. He next worked on the Commonwealth and then on the Lawrence Journal. From 1873 to 1875, Prentis edited the Junction City Union, then returned to the Topeka Commonwealth, and in about 1877, he began to work on the Atchison Champion. He remained with that paper during Colonel Martin’s term as governor and in 1888, took charge of the Newton Republican.

In 1890, he accepted a position on the editorial staff of the Kansas City Star, which he held until his death. In 1877 he went to Europe. His observations during the trip were published in book form, entitled A Kansan Abroad, which ran through two editions. He also wrote Southern Letters, Southwestern Letters, Kansas Miscellanies, and in the last year of his life, wrote A History of Kansas, which became his best-known work. 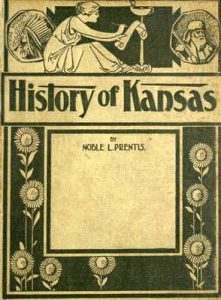 A History of Kansas by Nobel Prentis