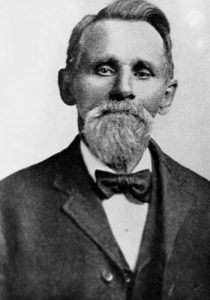 Anthony was born in Goochland County, Virginia on July 23, 1830. He moved with his family two years later to Rockingham County, Virginia, where he lived for the next 21 years. He then moved westward, settling in Ohio before coming to Kansas in 1857, landing in Lawrence. There, he worked in the stagecoach business until 1863. He then became conductor and express messenger on the Southern Overland Stage Line from Kansas City, Missouri to Santa Fe, New Mexico until August 1867.

Afterward, he settled on a ranch about twenty miles west of Dodge City, where he kept a few cattle and a provision store. He later moved to Fort Dodge and engaged in the sutler business until 1874, when he returned to ranching on land located just west of Dodge City. He was married in 1872 to Calvina Chambliss Hagaman, of St. Louis, and the couple would have five children.

He assisted in organizing Ford County and Dodge City, and was the first County Treasurer, and served several terms as a County Commissioner. 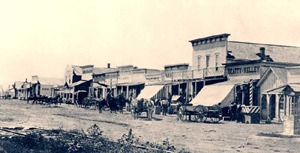