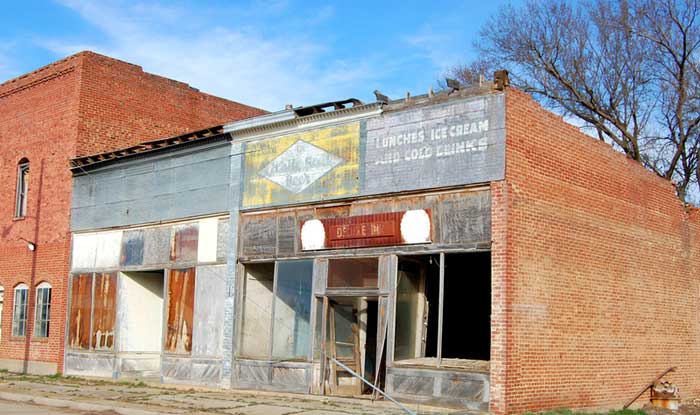 The east side of Main St in Barnard has not faired well. Across the street, however, the post office and bank were still in business during our visit. Photo by Kathy Alexander.

Bernard, Kansas, is a small town in Scott Township of Lincoln County. It is located near the northern boundary of the county, about 12 miles from Lincoln, the county seat. Though mostly quiet today, it was once listed as one of the principal communities in the area, being the terminus of the Barnard line of the Atchison, Topeka & Santa Fe Railroad.

The area surrounding what would become Barnard was first settled by cattlemen about 1868. When Kansas Territory was opened to settlers, several sod shanties and dugouts were built in the area by would-be homesteaders.

In the spring of 1887, when a new branch of the Santa Fe Railroad was being graded, it was first thought that a town would be started near the center of Salt Creek Township, as they had voted for bonds and Scott Township had not. 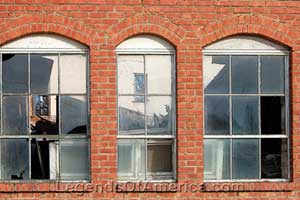 Several locals who were interested in the probable site for the new town began to build on the late Dan Saunders farm in Salt Creek Township, about three and one-half miles east and one south of the present site of Barnard.

The Baker brothers from Asherville were the first to build on the probable townsite, establishing a lumber yard just across the road from the old Saunders residence. The “to-be” settlement was called Milo.

But the Santa Fe Railroad had different ideas, and when it became evident that their depot would be located in Scott Township, immediately two townsites were plotted, one on the west edge of Salt Creek Township, the other just across the township line in Scott Township.

The majority of the community that would become Barnard was first surveyed and laid out in September 1887 by the Kaw Valley Town Company, who priced the lots from$60 to $300. The town was named for John Fiske Barnard, a general manager for one of the Santa Fe Railroad’s operating divisions when the Barnard branch was built.

Another development, called Nealeigh, owned by a local man named Mr. Loy, was established in Salt Creek Township, with lot prices ranging from $20 to $60. 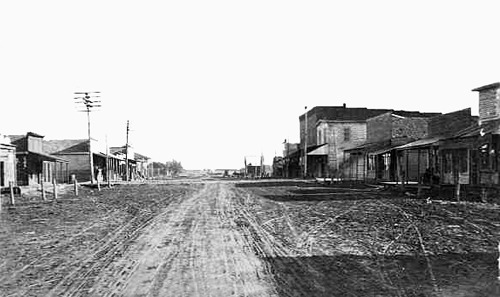 The Lincoln Beacon, of September 22, 1887, reported on the disparaging differences in prices and encouraged the locals to do business with Mr. Loy rather than giving their money to a company not located in the county.

Within no time, an interesting rivalry sprung up between the promoters of the two townsites, and the area dividing them was soon dubbed the neutral strip. The Nealeigh site was also facetiously called “Slabtown.”

The first business enterprise secured by either of the two rival sites was the Baker Bros. Lumber Yard, which was moved from the Saunders place in Milo to Barnard.

The first general store; however, was opened in Nealeigh by W.D. Snapp and his son-in-law, Marion Loy, bought out a store established in Milo. The first residence built in Nealeigh was occupied by Ross Wilcox, manager of the lumber company. 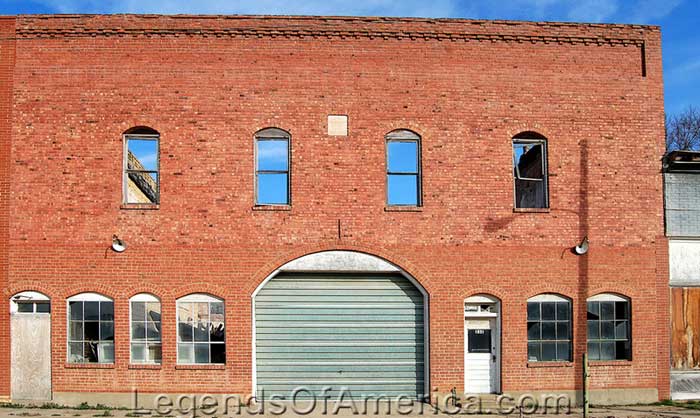 What looks like a thriving business on Main St sits abandoned with the roof falling in. Photo Kathy Alexander.

By the summer of 1887, Nealeigh held the edge over nearby Barnard when more buildings were moved from Milo and new ones were built, including a general store and a livery stable.

David Metzgar ran the first store in Barnard, which sold flour and feed in a building that would later become a barbershop. Another man named Isaac “Doc” Ballard opened a small grocery store, where the first post office was established on May 22, 1888. A man named Jim Hoffman built and operated the first lodging establishment called the Barnard Hotel.

In the meantime, the railroad workers worked fast to complete the tracks to Barnard which was accomplished on December 4, 1887. The first regular train service went into effect on January 15, 1888. By the late 1880s, Barnard was described as a “busy, bustling reality.” 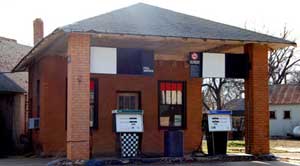 Filler Up in Barnard, Kansas by Kathy Alexander.

The city was incorporated in 1904 as it continued to grow. By 1910, it supported a population of 425 people and had two banks, a weekly newspaper called the Barnard Bee, several churches, many retail stores, and a telegraph and express office. It was also described as an important shipping point for agricultural products.

For years, the small farming community thrived in the fertile Salt Creek Valley, but it declined dramatically over the years like many other Kansas towns. Numerous businesses shut down, leaving vacant buildings throughout the town and the old school taught its last lessons in 1966.

Though there are a few remaining businesses today, and the post office is still in operation, the population of this once prosperous community has dropped to just about 60 people. The most thriving “businesses” in town are two churches – the United Methodist and Baptist, obviously bringing in congregations from area farms. 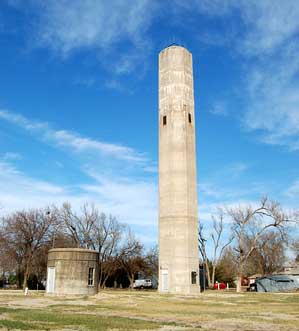