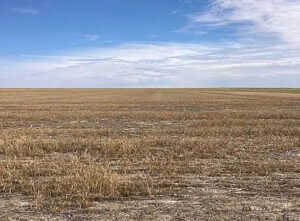 In the northwest portion of Greeley County, Kansas was Barrel Springs. In an arid area, this became an important spot in the early days. It got its name when a traveler sank two barrels into the north bank of a stream just across from a hole known to many as Jumbo. The spring flowed into the barrels and out into the creek bed. It was located near the Colorado state line on what was known as the Fort Wallace-Fort Lyons Trail, which crossed from the northeast to the southwest through the county.

By 1889, many people had settled in the area and often had no wells. They came from a radius of ten miles around with wagons filled with barrels, and one man who lived near there said that he often saw them from dawn until after night, two men at a time, dipping with buckets and pouring into barrels. They never could lower the water level lower than 18 inches.

The spring was located ten miles west and four miles north of Tribune.