The community started as a station on the Atchison, Topeka & Santa Fe Railroad. It was named for the French general François Achille Bazaine. 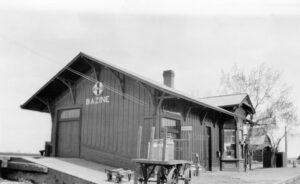 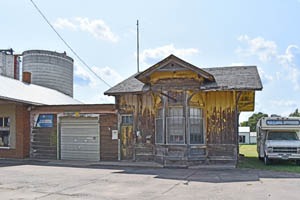 The community gained a post office on June 22, 1874. Many of its early settlers were Volga German families. Though it was a busy shipping point, the town grew slowly.

In 1910, it was called home to only about 125 people, but it had a money order post office with one rural route, an express office, telephone connections, and several businesses.

The town’s population peaked in 1940 at 465 and has been gradually falling since. 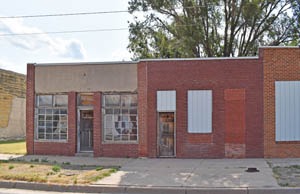 Bazine High School was closed through school unification. Its mascot was Indians. The last year the school was open, there was a total enrollment of 41 students. The same year the high school closed, the building was sold on eBay for $55,000.

Just east of Bazine, the “Christ Pilot Me” hill, and marker is one of The 8 Wonders of Ness County. In 1940, during WWII, Kenneth R. Timken, a Bazine schoolteacher inspired by a song, made plans to build it. That year 40 students from Bazine churches laid the rock bearing the prayerful expression. It has become an area landmark for both motorists and aviators. 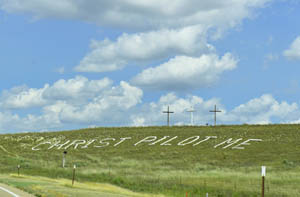 As of the 2020 census, the population of the city was 282. It still has a post office, grain elevator, a bank, and several churches that continue to serve parishioners.

Bazine is located on Highway 96, between Ness City and Rush Center. 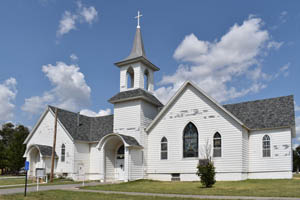