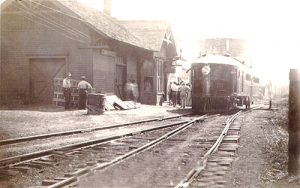 The town was laid out in June 1870, by the Northern Kansas Land and Town Company of St. Joseph, Missouri, on 160 acres owned by James Fitzgerald and John T. Watkins. Another reason for locating the town was the stone quarries, the stones of which, were known for many years as the finest in Kansas or Nebraska for building purposes. 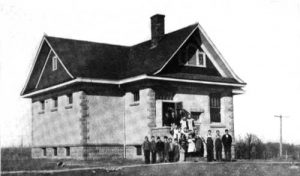 John Watkins erected the first building in Beattie. One of the first buildings in the new town was moved from Elmwood in Doniphan County in the spring of 1871 to be used as a depot for the St. Joseph and Western Railway. A post office was established in July 1871 and the town was named for A. Beattie, then-Mayor of St. Joseph, Missouri.

J. J. Sheldon, about the same time, moved a building on the townsite and used it as a dwelling. The next building as built by John Watkins. A. J. and L. Brunswig opened the first store, in the spring of 1872. The first hotel was built by a Mr.  Putcamp in 1873 and called the Sherman House. 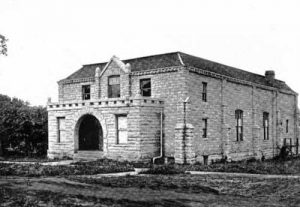 The same year, Brunswig & Baer put up a steam elevator, measuring 24x60x30 feet at a cost of $2000. In 1880-81 the elevator was remodeled at an expense of $4000, to give a capacity of 15,000 bushels. This elevator had a corn-sheller attachment with a capacity of 5000 bushels per day. The Farmers Co-operative Association also owned an elevator in Beattie.

By 1890, Beattie reached its peak population of 648 people. Though surrounded by fertile ground and a thick layer of limestone that led to several quarries, young Beattie would grow no more. In 1910, the town boasted banking facilities, a newspaper, telegraph and express offices, churches,  schools, and a money order post office with two rural mail routes. The population in 1910 was 500. 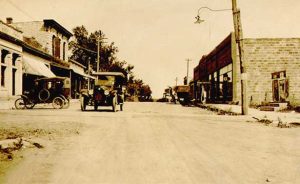 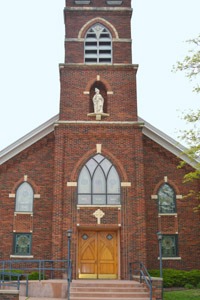 A beautiful church in Beattie, Kansas by Kathy Weiser-Alexander.

Over the years, Beattie’s population gradually fell and today is called home to about 195 people. It still retains a post office. The city has been called “The Milo Capital of the World” and hosts the annual “Beattie Milo Festival”.

Beattie is located about 15 miles east of Marysville. 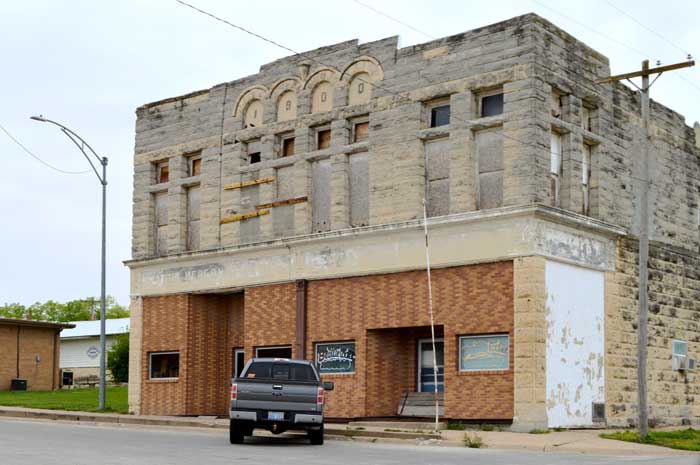 A large 1900 building in Beattie, Kansas today by Kathy Weiser-Alexander.