Bucklin, Kansas, located in southeast Ford County, was established by the Chicago & Rock Island Railroad in May 1887. 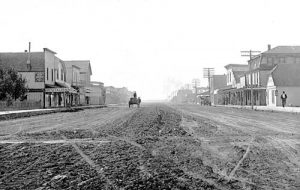 Established at the junction of two divisions of the railroad, the town was named for a Rock Island civil engineer. Bucklin gained a post office in August 1887 and the first train made its appearance in October. That first year, the town grew quickly adding two grocery stores, two general merchandise stores, a hardware store, a lumberyard, a blacksmith, and a hotel.

The station was connected to Dodge City via the railroad in 1888. A bad drought in the 1890s caused a number of settlers to leave, but by 1905, the town was growing again.

Bucklin was incorporated in 1909 and the following year, it reported a population of 696. At that time, it had two banks, the weekly Banner newspaper, a couple of hotels, a telephone exchange, several retail businesses, churches, and good public schools. 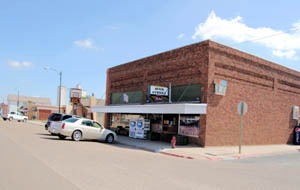 Due to its location on the railroad, it had become a shipping and supply point for area farmers and ranchers. The next year, in 1911, the downtown district suffered a fire that destroyed the two-story Bucklin Hotel, a real estate office, and two additional buildings.

Over the years, Bucklin remained a small agricultural town and today supports about 770 people. The Bucklin Banner newspaper is still published today.

Bucklin is located about 27 miles southeast of Dodge City. 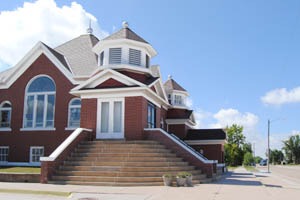