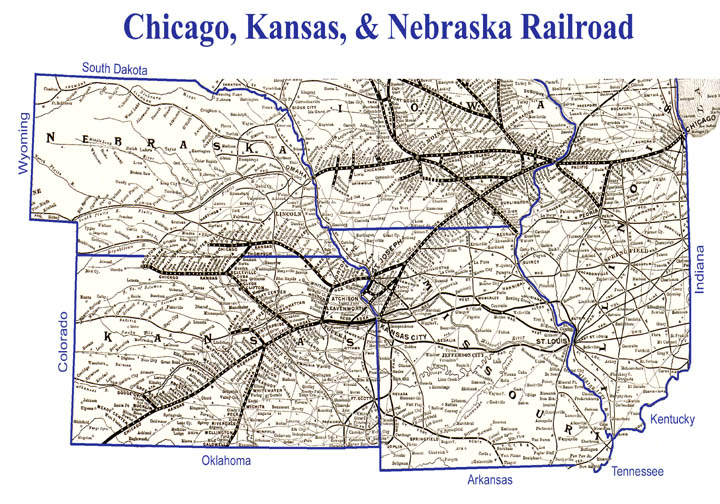 The Chicago, Kansas, and Nebraska Railroad laid almost 1,400 miles of track by 1888, mostly in Kansas and Missouri. However, by 1889, the railroad was struggling and failed to make its interest payment. The Chicago, Rock Island, and Pacific Railroad soon began foreclosure proceedings, eventually taking over by June 17, 1891.