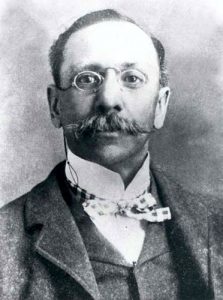 Edward P. McCabe was a colonizer of Nicodemus, Kansas, and the first African American to serve as state auditor.

He was born in Troy, New York, on October 10, 1850. During his early years, he moved with his family to several places — from New York to Massachusetts, to Rhode Island, and then to Chicago, Illinois, during the 1860s. There, he went to law school, and in April 1878, he moved to Kansas just in time to get caught up in the “Exoduster” dream of establishing All-Black towns. He was closely identified with Nicodemus, Kansas, near which he settled as a farmer and attorney.

A Republican activist, he was elected as County Clerk in Graham County and was twice elected as state auditor until 1886, when racism surfaced to turn him out of office. After working for the state’s leading Republicans in the election of 1888, he unsuccessfully sought the Register of the Kansas Treasury position in 1889. The next year, he went to Washington to solicit newly elected President Benjamin Harrison to champion African American voting and civil rights. The same year, he went to Guthrie, Oklahoma, where he became a leading figure in stimulating a black migration into Oklahoma, hoping to create a majority-black state that would be free of white domination. 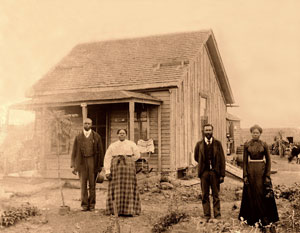 In pursuit of this goal, McCabe founded the city of Langston, Oklahoma. He soon served in several political positions in Oklahoma. It appeared that his efforts would work for a while, but the prospect soon generated hate and fear among white settlers and many American Indians. McCabe’s fortunes began to decline in 1891, and his political allies soon left him. However, McCabe continued to work diligently for black rights in Oklahoma, but around 1908, he left the state. He died in Chicago in 1923, and his body was returned to Topeka, Kansas, for burial. Tragically, few people took notice. McCabe had drifted into obscurity years before, much like his dreams of racial equality.