Fostoria, Kansas is a ghost town in Pottawatomie County.

Located in Shannon Township, Fostoria probably got its start as a station on the Leavenworth, Kansas, and Western Railway, a branch of the Union Pacific Railroad. A post office was established on August 14, 1884.

The town grew slowly and by 1910, it had a population of only 125. However, several businesses had been established and it boasted a bank and a money order post office and telegraph and express offices.

In more recent years, Google Maps captured an image of a couple of buildings in Fostoria in 1913, which have changed today. 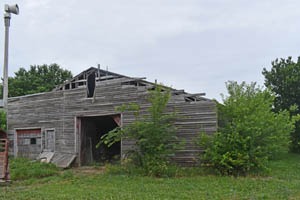 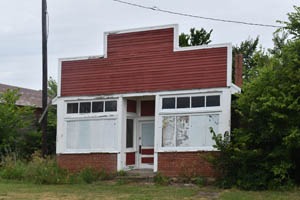 This old business building in Fostoria has fared better by Kathy Alexander.

The community is served by Blue Valley USD 384 public school district, which provides the Blue Valley High/Middle School in Randolph and the McCormick Elementary School in Olsburg