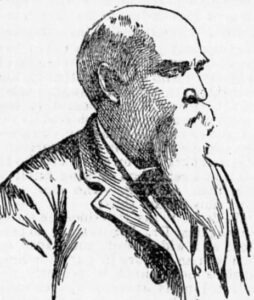 Kelley was a soldier and member of Congress in Kansas.

Kelley was a native of Ohio, born in Montgomery Township, Wood County on May 12, 1836. He was reared on a farm and obtained his education in public schools. When he was 22 years old he moved to Kansas, in March 1858, and took up a claim. At the outbreak of the Civil War he enlisted in the Fifth Kansas Cavalry; was repeatedly promoted through the grades to captain, and served in that capacity with Company B, Fifth cavalry, for two years. When mustered out of the service at the close of hostilities, he returned to his homestead.

Kelley took an interest in all public questions and local politics and represented his district for one term in the Kansas State Legislature. In 1865 he was appointed Brigadier-General of the Kansas State Militia and three years later the governor appointed him one of the board of directors for the state penitentiary, where he served five years. He was the receiver of the United States land office in Topeka and subsequently became Assessor of Internal Revenue. Owing to his experience and years of public service, he was appointed Chairman of the Livestock Sanitary Commission of Kansas and treasurer of the State Board of Charities.

In 1888 he was elected on the Republican ticket to fill the vacancy in the United States House of Representatives, occasioned by the resignation of Thomas Ryan. Kelley died in Burlington, Kansas on July 24, 1897.