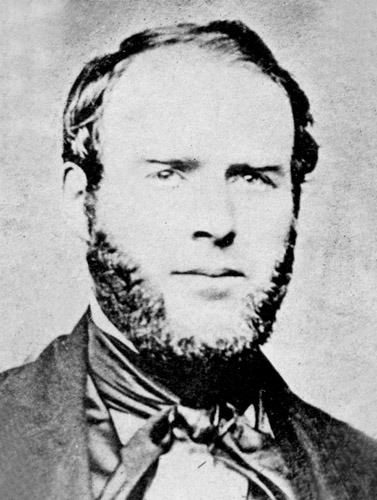 James Burnett Abbott was a pioneer settler of Kansas and a Free-State partisan who served as a Major in the Kansas free state militia.

Abbott was born in Hampton, Connecticut, on December 3, 1818, where he lived until he moved to Kansas. He was a member of the third party of emigrants from New England, which reached Lawrence on October 10, 1854, and soon became recognized as one of the stalwart advocates of the Free-State cause. Abbott took up a claim about half a mile south of Blanton’s Bridge, on the road to Hickory Point, and his house was a favorite meeting place of the Free-State men in that neighborhood.

As the pro-slavery men grew more and more aggressive, one of the crying necessities of the settlers was arms and ammunition with which to defend themselves against the predatory gangs which infested the territory. Abbott went east to procure arms, and through his efforts, 117 Sharp’s rifles and a 12-pounder howitzer were sent to Kansas. He was one of the parties that rescued Jacob Branson from Samuel J. Jones, the sheriff of Douglas County. He was a lieutenant in command of a company at the first Battle of Franklin; commanded the Third Regiment of free-state infantry during the Sacking of Lawrence in 1856; fought with John Brown at Black Jack, and was the leader of the expedition that rescued Dr. John Doy after he was arrested and sentenced to five years in prison.

He was also a member of the first house of representatives elected under the Topeka Constitution and in 1857 was elected senator. Upon adopting the Wyandotte Constitution, he was elected a member of the lower house of the first State Legislature, which met in March 1861. That same year he was appointed as agent for the Shawnee Indians and moved to DeSoto, in Johnson County. At the time of the Price Raid, he led a party of Shawnee against the Confederates. In 1866 he retired from the Indian agency and in the fall of that year, was elected to the state senate. 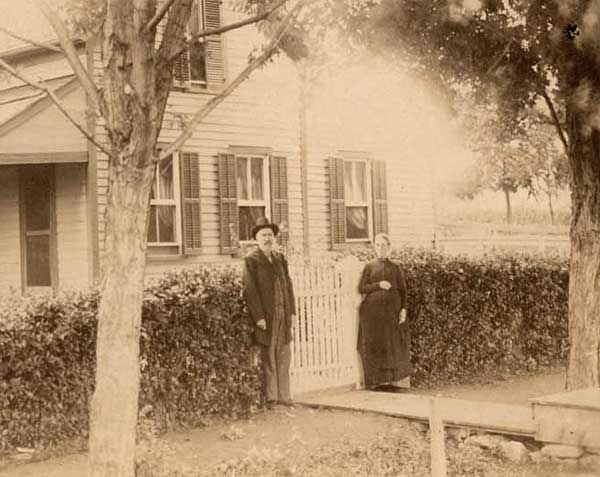 James and Elizabeth Abbott at their home in De Soto, Kansas

He was influential in securing the establishment of the school for feeble-minded youth. Major Abbott died at DeSoto on March 2, 1879. The howitzer he brought to Kansas in the territorial days is now in possession of the Kansas Historical Society, of which he was a director for 12 years immediately before his death.