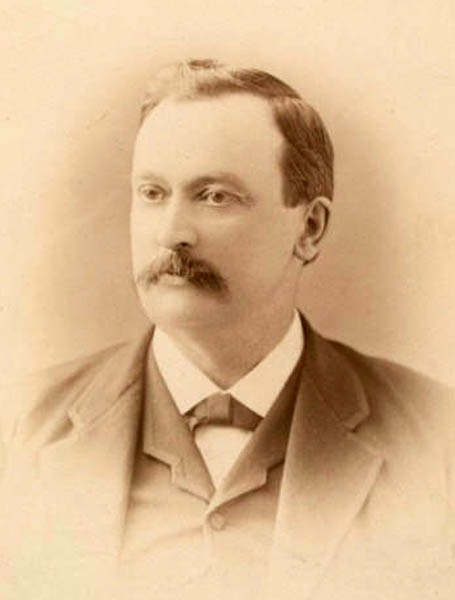 John Alexander Martin was a Free-State man, newspaper publisher, and the 10th governor of Kansas from 1885 to 1889.

Martin was born on March 10, 1839, in Brownsville, Pennsylvania, a son of James and Jane Montgomery (Crawford) Martin. He acquired his education in public schools and at the age of 15, he began learning the printer’s trade.

In 1857, when only 18 years of age, he came to Kansas, bought the newspaper known as the Squatter Sovereign, published at Atchison, and changed the name to Freedom’s Champion. This paper he continued to publish until his death.

He was a firm Free-State man and soon became actively involved in the political affairs of the territory. In 1858 he was nominated for the Kansas Territorial Legislature but declined because he was not yet of legal age. In 1859 he was a delegate to the Osawatomie Convention which organized the Republican Party in Kansas, and for the remainder of his life, he was an avid supporter of the principles and policies of the organization.

On July 5, 1859, he was elected secretary of the Wyandotte Constitutional Convention; was secretary of the Railroad Convention at Topeka in October 1860; was a delegate to the Republican National Convention that year, and was elected to the Kansas State Senate in 1861. Before the expiration of his term as senator, the Civil War broke out and in October 1861, he was mustered into the United States Volunteer service as lieutenant-colonel of the Eighth Kansas Infantry. 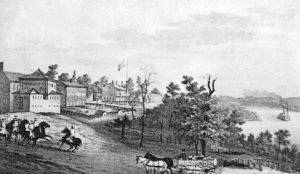 Early in 1862 he was appointed Provost-Marshal of Fort Leavenworth, Kansas, and held the position until his regiment was ordered to Corinth, Mississippi in March. There, the Eighth Kansas Infantry became a part of General Buell’s army, and it remained in the Army of the Cumberland until the close of the war. On November 1, 1862, Lieutenant Colonel  Martin was promoted colonel, and a few weeks later was assigned to duty as Provost-Marshal of Nashville, Tennessee, which he held until the following June. With his command, he took part in the battles of Perryyule and Lancaster, Kentucky; the various engagements of the Tullahoma Campaign; the bloody Battle of Chickamauga; and in November, was present at the siege of Chattanooga and the storming of Missionary Ridge.

With General Sherman’s army, he marched to Atlanta in the memorable campaign of 1864, the line of march being marked by engagements at Rocky Face Ridge, Dalton, Resaca, Kingston, Kenesaw Mountain, and various other points. After the fall of Atlanta, Colonel Martin’s regiment joined in the pursuit of General Hood as he marched northward into Tennessee, where it closed its service. During the closing scenes of his military career, Colonel Martin commanded the First Brigade, Third Division, Fourth Army Corps until he was mustered out at Pulaski, Tennessee on November 17, 1864, receiving at that time the rank of Brevet Brigadier-General “for gallant and meritorious services.” 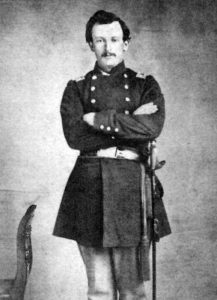 John A. Martin in the Civil War.

Returning to Kansas, he resumed the editorial management of his newspaper, and again he became a factor in political affairs. In 1865 he was elected mayor of Atchison, of which city he had served as the third postmaster, holding the office for 12 years. For 25 consecutive years he was chairman of the Atchison County Republican Central Committee; was a member of the Republican National Committee from 1868 to 1884, and secretary of the committee during the last four years of that period; served as a delegate to the National Convention of his party in 1868, 1872 and 1880; was a member of one of the vice-presidents of the United States Centennial Commission; was one of the incorporators of the Kansas State Historical Society, of which he was president in 1878; was president the same year of the Editors’ and Publishers’ Association, and from 1878 to the time of his death he was one of the board of managers of the Leavenworth branch of the National Soldiers’ Home.

During all the years following the Civil War, he manifested a keen interest in the work and welfare of the Grand Army of the Republic, and when the Department of Kansas was organized, he was honored by being elected its first commander. It is said that for years before his election to the office of governor, he had a laudable ambition to be the chief executive of his adopted state, but that he knew how to wait and prepare himself for the duties of the office in case he should be called to fill it.

The call came in 1884 when he was nominated and triumphantly elected. His first administration commended him to the people, and in 1886 he was re-elected. His years of experience as a journalist and political leader gave him a ripe judgment which enabled him to discharge his gubernatorial duties with marked ability, and it is probable that no governor of Kansas ever retired from the office with a larger number of friends.

On June 7, 1871, Governor Martin married Ida Challis, and to this union were born seven children.

Governor Martin died at the age of 50 on October 2, 1889, of pleura-pneumonia at his home in Atchison. So popular was he that more than 5,000 people attended his funeral. He is buried at Mount Vernon Cemetery in Atchison.