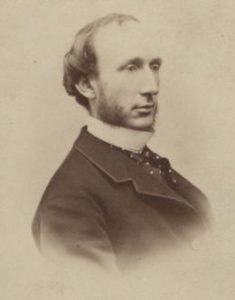 Martin F. Conway was the first representative in Congress from the State of Kansas.

Conway was born in Charleston, South Carolina, in 1830. He received a fair education and, when he was 14, went to Baltimore, Maryland, where he learned the printer’s trade. He was one of the founders of the National Typographical Union. While working as a printer, he studied law, was admitted to the bar, and began practice in Baltimore.

In 1854, he moved to Leavenworth, Kansas, where he was chosen a member of the first Legislative Council, but on July 3, 1855, he resigned his seat. Under the Topeka Constitution, he was Justice of the Supreme Court of the territory. He wrote the resolutions adopted by the Free-State convention of June 9, 1857, at Topeka. In 1858, he was a delegate to the Leavenworth Constitutional Convention, of which he was elected president. In 1859 Conway was nominated for representative in Congress by the Republican Convention and elected, being the new state’s first Congressman.

In 1862 A. C. Wilder was elected to succeed him, and Conway retired to private life. He still took an active interest in public affairs. When the controversy arose between President Andrew Johnson and Congress over Reconstruction, he became an earnest supporter of the President’s policy. In 1866 he was appointed by President Johnson, United States Consul to Marseilles, France.

When he returned to the United States, he settled in Washington, D.C., where, in 1873, he fired three shots at Senator Pomeroy, who was slightly wounded. When arrested, Conway said: “He ruined myself and family.” 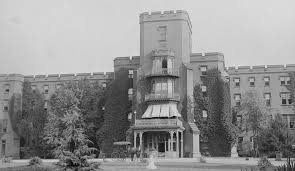 He finally lost his mind and, in 1880 and became an inmate of St. Elizabeth, the government hospital for the insane, in the District of Columbia. He died at St. Elizabeth, February 15, 1882.