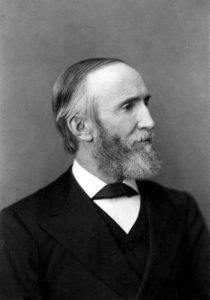 Richard Cordley was an author and minister in Kansas.

Cordley was born in Nottingham, England on  September 6, 1829. He moved with his family to the United States when he was about four, settling in Livingston County, Michigan where Cordley attended public schools. In 1850 he entered the University of Michigan and graduated with the class of 1854. He then worked his way through the Andover Theological Seminary, where he graduated in 1857.

On December 2, 1857, he preached his first sermon in the Plymouth Congregational Church at Lawrence, Kansas. In May 1859, he married Mary M. Cox of Livingston County, Michigan. Cordley was living and working In Lawrence at the time of Quantrill’s Raid on August 21, 1863. His house and all its contents were burned and he was one of the persons marked for death, but he managed to elude the guerrillas. 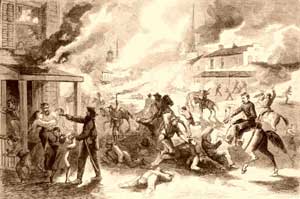 In 1875, he received a degree of Doctor of Divinity from the University of Kansas and that same year went to Flint, Michigan for a while before Lawrence and continued as pastor of the Plymouth Church, a position he retained until his death. He served for some time as a regent of the Kansas Agricultural College and was for several years president of the Lawrence Board of Education. He was the author of Pioneer Days in Kansas and a History of Lawrence, as well as being a regular contributor to magazines and church periodicals.