Sparks, Kansas, in Doniphan County, started as a place called Highland Station. This railroad point was on the Burlington & Missouri River Railroad about four miles east of Highland, Kansas. It is a ghost town today. 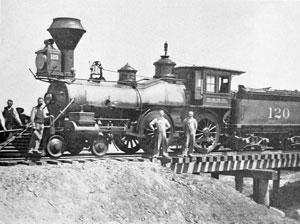 The town was located in the winter of 1869-70 by a company partly formed of Highland men and partly of representatives of the railway. The incorporators were J. P. Johnson, B. F. Herring, J. A. Kennedy, and G. W. Glick. The townsite covered 40 acres that J. A. Kennedy owned. It was named for John Sparks, an area pioneer.

After laying out of the town, a depot was built, Kennedy & Herring opened a general store, and a second store was opened the same year by L. Degginger. J. Browning opened a hotel, and a blacksmith shop began. The post office was established on January 31, 1871, with J. A. Kennedy as postmaster. 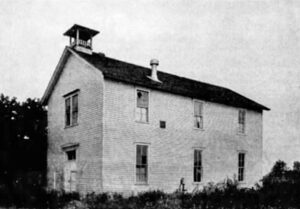 A Union church was built in 1881, which was used for all denominations.

On October 5, 1908, the town and post office names were changed to Sparks.

In 1910, the village was located on the Chicago, Burlington & Quincy Railroad. At that time, it had a bank, two churches, a restaurant, two general stores, an elevator, a blacksmith shop, express and telegraph offices, and a money order post office with two rural routes. The population in 1910 was 175. 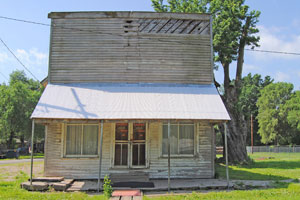 But Sparks declined in the following years, and its post office closed on September 16, 1971.

Today, the town is called home to about nine people. 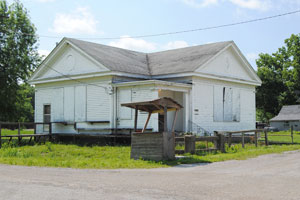 An old church in Sparks, Kansas by Kathy Alexander.