Stilwell, Kansas is an unincorporated community in southeast Johnson County. 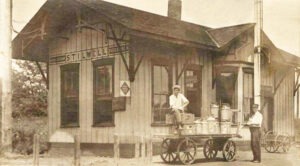 The town got its start when the Missouri Pacific Railroad was planning to build a track from Kansas City to the South. The initial plan was to build through Aubry, Kansas, which would have secured the nearby small town’s future. The Olathe Mirror newspaper documented the proposed route stating that it would travel through Aubry via Aubry Road. However, when the area was surveyed, the railroad was concerned about the hills north of Aubry, and the railroad company decided to build their tracks a half a mile east of Aubry in what would become Stilwell.

A post office was established in Stilwell on June 22, 1888. The establishment of Stilwell was not meant to take over Aubry, but it did. Two months later, Aubry’s post office closed on August 20, 1888, and the Gibson general store moved to Stilwell. Many of Aubry’s residents soon followed. 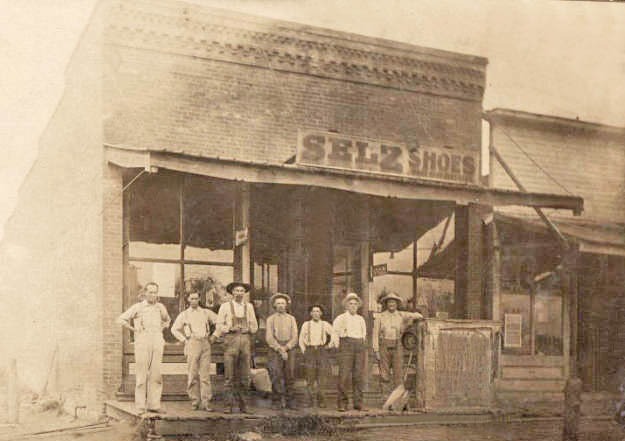 In March 1889, the town was renamed Stilwell in honor of Arthur Stilwell, a young railroad magnate and founder of what became the Kansas City Southern Railroad.

Grain and stock-raising in this fertile country were profitable occupations in its early days.

In the following years, what was left of Aubry merged with Stilwell.

In 1910, Stilwell had a good public school, several churches and general stores, a blacksmith and wagon shop, implement and hardware house, lumber yard, express and telegraph facilities, a money order post office with one rural route, and a population of 200.

Being the only large town in the southeastern part of the county, it is the shipping and supply point for a rich agricultural district and does considerable business. A stockyard held livestock waiting for transport to Kansas City. 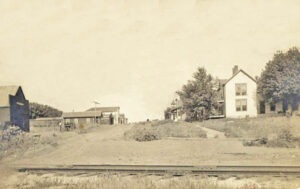 In 1915, there were several businesses in Stilwell, including three general merchandise stores, a hardware and implements store, the State Bank of Stilwell, a grain elevator, two blacksmiths, two physicians — one with a drug store, a lumber company, a grocery store, restaurant, and a feed and livery barn.

Much of the small downtown was burned in a fire in about 1925, from which it never completely recovered. Today, there are only a few structures left standing.

However, the community continued to grow in the following decades, especially as suburban neighborhoods, as nearby cities of Olathe and Overland Park expanded.

Today, Stillwell is more of a neighborhood than a “town.” However, the Stilwell Community Organization represents nearly 4,500 residents. The non-profit organization “governs” the community with a volunteer member board of directors. It also provides special events and programs for the community. 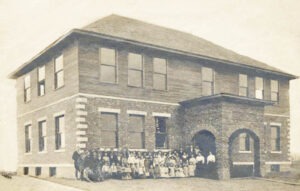 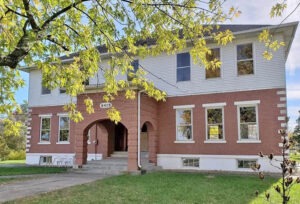