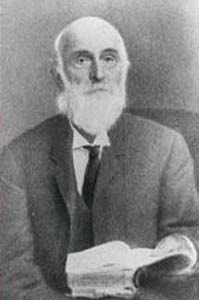 Thomas Sears Huffaker was a pioneer teacher of Kansas.

Huffaker was born in Clay County, Missouri on March 30, 1825, a son of Reverend George Huffaker, who had come from Kentucky five years before. He was educated in public schools and in 1849 came to Kansas in connection with the manual training school for the Shawnee Indians at the mission in what is now Jefferson County.

The following year, he went to Council Grove, where he took charge of the Indian mission school which had been established on the Kaw Reservation by the Methodist Episcopal Church. He remained at the head of this school until it was abandoned in 1854.

On May 6, 1852,  Huffaker married Eliza A. Baker. About the time the Indian mission school was abandoned two years later, the Huffakers organized a school for white children, which was probably the first school of the kind in Kansas.

Huffaker was one of the incorporators of the Council Grove Town Company, was the first postmaster at Council Grove, was elected to the state legislature in 1874 and again in 1879, and was a regent of the State Normal School from 1864 to 1871. He was frequently a delegate to Republican conventions, and as late as May 1906, was a member of the state convention of that party. He died on July 10, 1910. 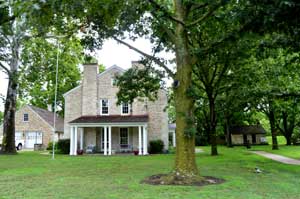 Compiled and edited by Kathy Weiser-Alexander/Legends of Kansas, updated March 2021.