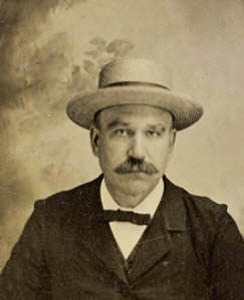 William Elsey Connelley was a writer of historical works on the American West and a pioneer of Kansas.

Connelley was born in Johnson County, Kentucky on March 15, 1855. His father, Constantine Conley, Jr., was in the Union army and his property was destroyed in the Civil War, which made it necessary for the young man to make his own way in the world. With such help as he could get, he qualified himself to teach in the common schools, teaching his first school when he was just 17 years old. He continued in this work ten years in Kentucky before he moved to Kansas, settling in Bonner Springs in April 1881. He taught for one year before securing the position of Deputy County Clerk.

In 1897 he was offered a position in the book department of the publishing house of Crane & Co., in Topeka, Kansas, which he accepted and filled until 1902, when he went to Washington with Honorable E. F. Ware, Commissioner of Pensions, and took a responsible place in the civil service. He resigned in 1903 to go into the oil business at Chanute, Kansas in which he was successful.

In 1904-05 he made the fight in Kansas against the Standard Oil Company, securing the enactment of laws that saved the people of Kansas a million dollars annually. 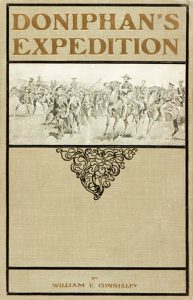 Connelley was always an enthusiastic student of history, and his library was one of the largest in the West. He was an authority on American History and wrote several books including The Provisional Government of Nebraska Territory, John Brown, James H. Lane, Wyandot Folk-Lore, An Appeal to the Record, Kansas Territorial Governors, Memoirs of John James Ingalls, Doniphan’s Expedition in the Mexican War, Quantrill and the Border Wars, Ingalls of Kansas and The Founding of Harman’s Station. With Frank A. Root he wrote the Overland Stage to California. He also served as the president of the Kansas State Historical Society.