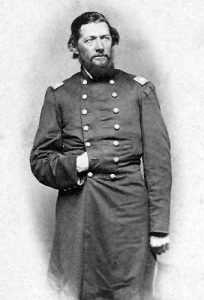 William Addison Phillips was a journalist, lawyer, historian, member of Congress, and a Civil War Officer who helped to promote the Free-State cause in Kansas.

Phillips was born at Paisley, Scotland on January 14, 1824. He received his early education in the public schools of his native city and graduated at the academy, where he made considerable progress in Latin and mathematics. Gifted with a good memory and great powers of acquisition, he was a “self-made man,” as all successful men must be, whatever their scholastic training. In 1839, at the age of 15, he came to America with his parents, who settled on a farm in Randolph County, Illinois. Here, he grew to manhood sharing the hardships and privations incident to frontier life. About the time he reached manhood, he became associated with B.J.F. Hannah as editor of the Chester Herald. From 1852 to 1855 he was engaged in newspaper work, at the same time studying law, and was admitted to the bar. While practicing law and editing his paper, he also acted as a correspondent for the New York Tribune.

In 1855 he came to Kansas and was officially appointed by Horace Greeley a member of the editorial staff of the Tribune. Phillips traveled over a large part of the territory to find out for himself the existing political situation, and his impassioned letters to the Tribune did much to create a sentiment in the north and east in favor of the anti-slavery movement in Kansas. A thorough anti-slavery man, his sympathies were entirely with the Free-State side. In the spring of 1856, he wrote and published his Conquest of Kansas, a campaign document to be used during the presidential canvass. From the day of its publication, Phillips became a man of mark and his name became identified with the great struggle against slavery. That same year, he was instrumental in the establishment of the Salina Road, which became well known to travelers of the time, when there were no railroads west of the Missouri River. 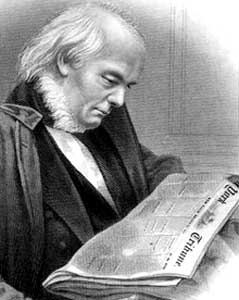 In 1856, when Congress sent a committee to investigate the troubles in Kansas, Phillips was able to furnish the names of important witnesses and materially assisted in the investigation. On account of his efforts in this direction, and because he was the correspondent of the greatest Free-State newspaper in the country, he became very unpopular with the “Law and Order League,” a name used by the border ruffians, and he was compelled to seek safety several times between Leavenworth and Fort Leavenworth to escape from them, spending a number of nights in the brush. Phillips remained active in the free-state movement, and in the spring of 1858 Phillips, along with four associates, founded the town of Salina, Kansas.

Shortly after the outbreak of the Civil War he enlisted in the army and was commissioned major of the First Indian regiment. Within a short time he was promoted to the colonelcy of the famous Cherokee regiment and for a time commanded the Indian brigade. Under General Schofield he commanded a division in the field, including Indians, cavalry, a battery, and regiments from different states, and for nearly three years he may be said to have had command of a separate army, varying from 3,500 to 8,000 men. He took part in most of the battles of the Southwest; was wounded three times and had four horses killed under him in battle. When the war closed he returned to Kansas and for years he acted as attorney of the Cherokee Indians, and ably assisted at conserving their interests before the interior department at Washington. 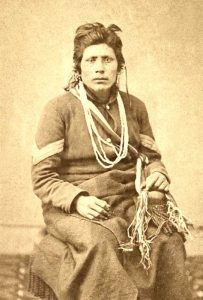 Native American soldier in Union uniform during the Civil War.

In 1872 he was elected to Congress as a Republican and was re-elected for the three succeeding terms. While in Congress he was a prominent member of the committee on public lands. This led him to a deep study of land systems and land tenure in all ages. As a result of this study, he published a book, “Labor, Land and Law,” which is regarded as an authority upon the subject. He died on Thanksgiving day, November 30, 1893, at the home of W. P. Ross at Fort Gibson, Oklahoma.