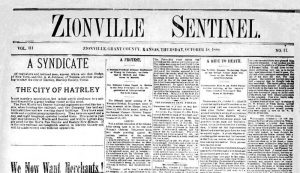 Located south of Ulysses, Kansas in Grant County the settlement of Zionville was established in Hamilton County before Grant County was created.

The first settler, M.M. Wilson, established the town on Christmas Day in 1885 and built the first business – a general store that became the center of activity. Mr. Wilson also allowed school and church services to be held in his home. A post office was established on August 18, 1886, and other businesses were soon established including a livery stable, the Elwood Hotel, a restaurant, and a newspaper called the Zionville Sentinel. 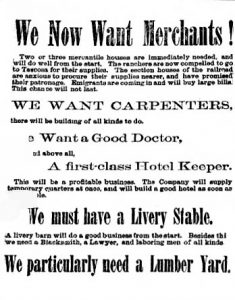 The town of Zionville was advertising for merchants and craftsmen.

The post office closed in 1901 but reopened in April 1903, only to be closed again on February 28, 1905. Afterward, the townsite became part of the Wilson Ranch.

All that’s left today is the tiny Zionville Cemetery. The site of the old town is located about 10 miles south of Ulysses, on the Virgil Mawhirter farm near the old site of Wagon Bed Spring. 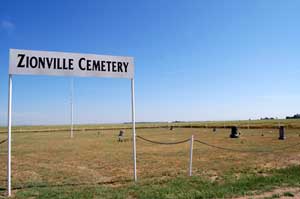 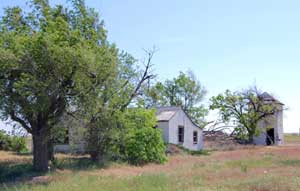 An old home near Zionville has long been abandoned, Kathy Weiser-Alexander.