Army City was a town built in 1917 to satisfy the needs of Camp Funston on the Fort Riley, Kansas military reservation. 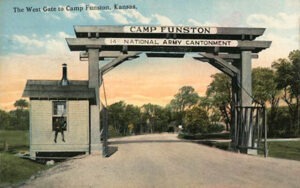 Camp Funston was the largest of 16 divisional cantonments (temporary or semi-permanent military quarters) training camps constructed during World War I. Designated to be located at Fort Riley due to its central location in the nation, construction began on July 1, 1917, and the camp was completed on December 1 of the same year. When complete, it encompassed approximately 1,400 buildings on 2,000 acres. The camp was named after Brigadier General Frederick Funston, who grew up in Iola, Kansas. The Camp Funston garrison was administered by the 164th Depot Brigade, which was responsible for receiving, housing, equipping and training enlistees and draftees, and demobilizing them after the war. With a capacity of over 50,000, it drew trainees from all over the Great Plains states.

At the same time, a prospective town called Kellyville, just north of the cantonment site on the Fort Riley military reservation, was sold to H. P. Powers. The entrepreneur then changed the name to Army City and began to auction off lots to establish stores, shops, and theaters. A.D. Jellison of the Jellison Trust Company was primarily responsible for the financing and general layout plan of Army City. The streets were named for famous soldiers and politicians such as General Allen Street and Lincoln Avenue and military titles, such as Major and Captain Streets. 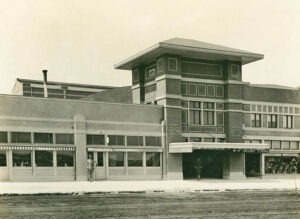 Enterprising businessmen soon built several buildings, and Army City became a boomtown. Offering closer business and recreation facilities than did either Manhattan or Junction City, Army City’s business district was four blocks long and supplied everything the soldiers needed. The district contained an arcade with refreshment booths, an auditorium, large theaters including the Orpheum, Hippodrome, and the Gaiety, restaurants, inns, pool halls, barbershops, a bowling alley, and large stores carrying complete lines of merchandise. There were also organizations such as the YMCA, YWCA, and a church that held regular Sunday Services. A post office was established on March 29, 1918.

Army City’s population peaked at 3,000, most of whom comprised businessmen and their families; temporarily employed men, working either in Army City or Camp Funston; and families of officers and enlisted men.

Camp Funston was the only cantonment with a “city zone” of camp activities.

“At no time in the world’s history has the soldier been so well cared for as he is today in Cantonments and army posts of the United States.”

In 1918, the camp and the Army shrunk when the war was over. However, Camp Funston became a “mustering-out” center as soldiers prepared to return to civilian life. 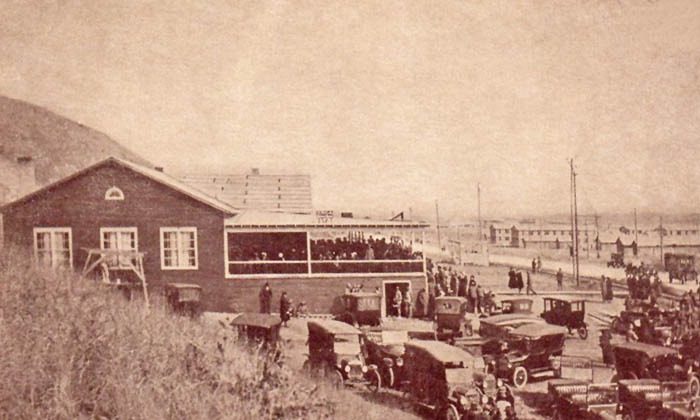 On May 31, 1922,  Army City’s post office closed. In September 1922, the headlines read “Taps Has Sounded for Army City” when six of the remaining eight residents voted to surrender the town charter.

In 1924 Camp Funston officially ceased to exist when the military decommissioned the 2000-acre. Though many of its buildings were dismantled, some now serve as temporary housing. 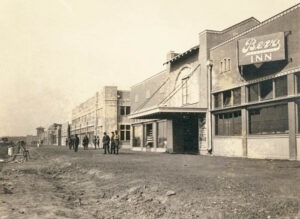