Assaria, Kansas, in Smoky View Township in south central Saline County, was founded when several Chicago, Illinois settlers bought a section of land for $3.50 an acre. They first lived in a small, unheated wooden shed and hauled water from a nearby stream. These folks initially belonged to the Salemsburg congregation, but in 1875 they organized their Assaria “God will help” congregation. This name became the name of the town. The first church building was built in 1877. 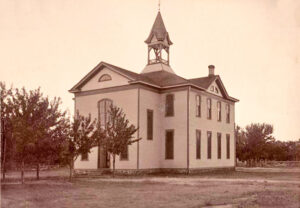 The Salina and Southwestern Railroad, later the Union Pacific Railroad, Was completed from Salina to Lindsborg through Assaria in 1879. The town was laid out in June of that year, and a post office was established on September 3, 1979.

By the early 1880s, Assaria was surrounded by a fine farming country, which is occupied by thrifty farmers. At that time, the village had one church, a schoolhouse, a hotel, two general merchandise stores, a  drug store, two grain elevators, a lumber yard, and a blacksmith shop. The population did not exceed 125.

The town was incorporated and organized as a city of the 3rd class in 1886.

In 1910, the town was located on the Union Pacific Railroad. At that time, it had several business establishments, a bank, telegraph and express offices, an international money order post office with one rural route, and a population of 246.

At some point, the railroad line was abandoned. 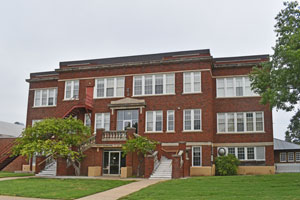 Remaining a small agricultural community, Assaria’s population peaked at 438 in 2000. As of the 2020 census, its population was 428.

It is 12 miles south of Salina. 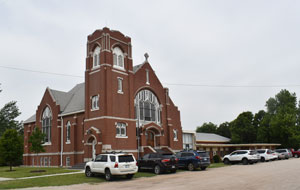