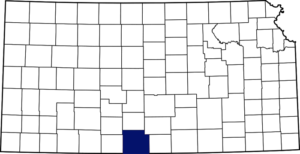 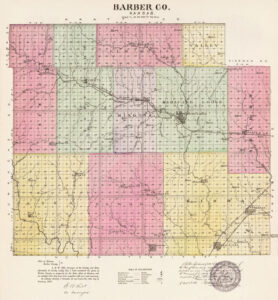 Barber County, Kansas, located in the south-central portion of the state, was organized on April 14, 1874, from territory originally in Washington County. The county was named for Thomas Barber, a Free-State man from Ohio who pro-slavery advocates killed on the road between Bloomington and Lawrence during the Wakarusa War in 1855. Senator James H. Lane called Barber one of the first Kansas martyrs of freedom, and it was his suggestion the county be named for Barber. The name was misspelled as Barbour until an act of the 1883 legislature corrected it.

Its county seat and the most populous city is Medicine Lodge. As of the 2020 census, the county population was 4,228.

Located on the southern tier, the county is bounded on the North by Pratt County, east by Kingman and Harper Counties, south by the State of Oklahoma, and West by Kiowa County. The county has a total area of 1,136 square miles.

The eastern part of the county is undulating and, in some places, nearly level, while the western portion is hilly, breaking into bluffs along the streams. During early settlement, in the east, the river bottoms varied from one and a half to two miles in width, but in the western part, they were narrower and deeper. The timber belts were usually about a half mile wide along the water courses, the native trees being walnut, elm, cottonwood, hackberry, ash, mulberry, cedar, and willow.

The county was exceptionally well watered, with all the streams having a general southeast course. Medicine Lodge River, the most significant stream, flows diagonally across the county from northwest to southeast. Little and Big Mule, Big Sandy, and Salt Fork Creeks in the south and Elm Creek in the North are also important streams. Springs were abundant throughout the county, while good well water was reached from 10 to 12 feet on the lowlands. Soft red sandstone is abundant along the streams, and excellent quality of brick clay was found in several localities, the best being near Medicine Lodge. Gypsum is found in the central part of the county and was shipped to different points.

The Medicine Lodge Peace Treaty was held in October 1867 with representatives from the Cheyenne, Arapaho, Comanche, Kiowa, and Kiowa-Apache. It is estimated that there were between 5,000 and 15,000 participants.

In the winter of 1871-72, the first white settler, a man named Griffin, established a ranch on a branch of the Medicine Lodge River, about a mile from the present site of Sun City, in the northwest part of the county. The following spring E. H. Mosley and two men named Lockwood and Leonard, located on the Medicine Lodge River in the southeastern part of the county near the present town of Kiowa. Mosley brought goods for Indian trade and spent his time hunting buffalo and buying hides for the eastern market, while the other men broke some of the prairie and engaged in farming. This displeased the Indians, who opposed white settlement in the area, and they raided the homes of the pioneer farmers. Mosley was killed in the fight that ensued, but the other two men saved themselves by remaining behind a stockade. The Indians left after killing most of the stock.

The first cattle held in the county was a bunch of through Texas cattle purchased by Solomon Tuttle in the fall of 1872 and wintered across the Medicine Lodge River. These he drove North and sold the following summer. 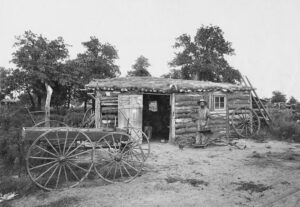 In October 1872, Eli Smith joined this settlement, and a store was opened by a man named Hegwer in the spring of 1873. Derick Updegraff settled on land near the present site of Medicine Lodge in December 1872, and Salmon P. Tuttle drove a herd of cattle near this claim about the same time. During the year, claims were taken up in the vicinity by William Walters, W. E. Hutchinson, Jake Ryan, A. L. Duncan, David Hubbard, and John Beebe, while Samuel Larsh and a man named Wyncoop took up claims on Cedar Creek three miles from the Updegraff ranch. Lake City, on the upper Medicine Lodge River, was settled by Reuben Lake at about the same time. During the spring and summer of 1873, several people came, and the northern part of the county became settled.

The first school district of the county, which included Medicine Lodge, was organized in the spring of 1873, and the school building erected that year was used until 1882.

The first record of the county commissioners is dated July 7, 1873. The board consisted of S. H. Ulmer, L. H. Bowlus, and J. C. Kilpatrick. On September 1, the board made a contract with C. C. Bemis for a courthouse to cost $25,000, and the clerk was directed to issue warrants for that amount, but the building was never erected. On September 2, 1873, W. E. Hutchinson was appointed immigration agent, and warrants to $1,000 were drawn in his favor. On October 6, G. W. Crane received the appointment as an advertising agent and was given $5,000 or as much of that amount as needed to advertise the county’s advantages. The first regular election of county officers took place in November 1873. The vote of the Medicine Lodge district was thrown out for some reason, and the officers chosen by the remainder of the county were: M. D. Hauk, clerk; Jacob Horn, treasurer; D. E. Sheldon, probate judge; Reuben Lake, sheriff; S. B. Douglas, superintendent of public instruction; C. H. Douglas, clerk of the district court; M. S. Cobb, register of deeds, and M. W. Sutton, county attorney.

The early railroad history of the county consists of one experiment. On August 27, 1873, a special election was held to decide the question of subscribing $100,000 to the stock of the Nebraska & Southwestern Railroad and issuing bonds in a like amount in payment therefor. The measure was carried, the bonds were issued, and though the railroad was never built, they became a valid lien against the county.

The county was divided on November 7, 1873, into three districts for the election of commissioners. On February 11, 1874, a special election was held to determine the question of issuing bonds to the amount of $40,000 for the erection of a courthouse. The election result was a majority of 41 votes against the issue, but under a law of March 7, 1874, the county commissioners issued the bonds. Barber County was officially organized on April 14, 1874. 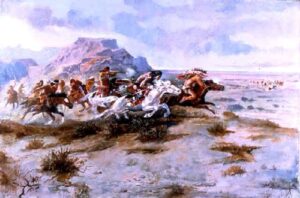 Indian depredations continued through the spring of 1874. That summer, a so-called Indian raid occurred when a band of Indians, led by several white men, it is alleged, came into the county and murdered several citizens on the Medicine Lodge River. There were different versions of the story. One is that the invaders were Indians who opposed the whites settling in the country and destroying their hunting grounds. Another version is that they were white men in Indian disguise who were hired by interested parties to drive out the population.

For protection, the citizens built stockades, one erected near the center of present-day Medicine Lodge. It was made of cedar posts set upright in the ground. Another stockade was built 12 miles up the river at Sun City, and for further protection, a company of militia was formed to fight the Indians.

Barber County had but one contest for the location of the county seat that was held on February 27, 1876. Medicine Lodge easily received more votes than all the competing towns. 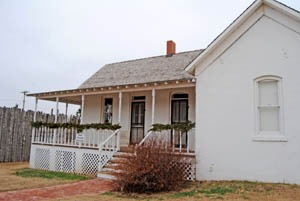 The Rutlinger school was established in 1874, followed by Doles and Rock schools in 1879. The first county fair was held in Sun City in 1878. Carry Nation, famed “saloon buster” from Medicine Lodge, settled in the county about that time.

Early religious services in the county were held by traveling Methodist preachers, but no regular organization was affected until 1878.

The first newspaper was the Barber County Mail, started on May 20, 1879, by M. J. Cochran. It was sold the following year to J. W. McNeal and E. W. Iliff, who at once changed the name and started the Cresset.

By the early 1880s, stock-raising had become a primary business. Texas cattle found a ready sale here, and high-grade bulls and heifers were brought in from Kentucky and elsewhere. Within no time, the range was full of the best-graded stock cattle in the West. Most of the range was taken up, and much of it fenced.

The Methodist Church in Lake City was founded in 1881. 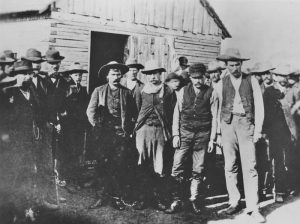 On April 30, 1884, John Wesley, Henry Newton Brown, Billy Smith, and Ben Wheeler attempted to rob the Medicine Valley Bank. Brown, a former member of  Billy the Kid’s Gang, and Wheeler, a former outlaw and friend of Brown’s found themselves on the other side of the law with their appointments as marshals of Caldwell, Kansas. The robbery was unsuccessful, and the outlaws were eventually apprehended and brought back to Medicine Lodge, Kansas. Their time in jail was brief when pandemonium erupted over their capture, creating a diversion for escape. Henry Brown was shot dead in a hail of bullets while an injured Wheeler was captured and hanged beside Wesley and Smith.

At that time, the county had over 90 miles of main track road. A line of the Atchison, Topeka & Santa Fe Railroad crossed the extreme northeast corner; another branch of the same system entered the county on the east and crossed to Medicine Lodge, then northwest into Pratt County. Another line of the same system crossed the southeast corner and ran into Oklahoma, with a branch north from Kiowa to Medicine Lodge.

In the following decades, it gradually dropped to its 2020 population of 4,228. 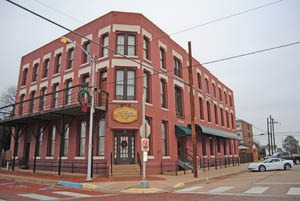