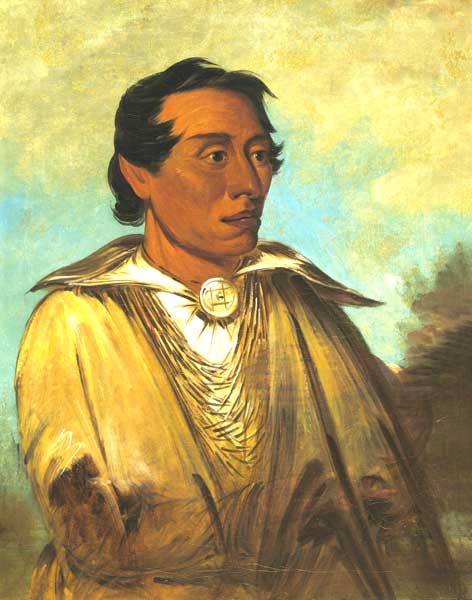 Kickapoo Indian Chief Kenekuk was a prophet who claimed to receive his knowledge, and the direction for his teachings, from the Great Spirit.

Kenekuk served at about the time that the tribe came to Kansas and was described as “a tall, bony Indian, with a keen black eye, and a face beaming with intelligence.” He was a hereditary chief, as well as a professed preacher or prophet of a sect he originated. He regarded the teaching of the white missionaries as an innovation upon the original belief of the Indians, and consequently, he opposed their work. Among the precepts he set forth for his followers was total abstinence from the use of intoxicating liquors.

During the time that the Kickapoo owned and occupied what is now Atchison County, they were ruled over by two very distinguished chieftains — Kenekuk, the Prophet, and Masheena, who was also called Elk Horns. Both of these men were noted in Illinois long before they migrated westward and were prominently mentioned by many distinguished travelers and authors. George Catlin painted their pictures in 1831, and these are included in the famous Catlin Gallery in Washington, D.C.

Kennekuk was both a noted chief and prophet of the tribe. He was a professed preacher of an order which he claimed to have originated at a very early day and his influence was very great among his people. He died at Kickapoo in 1852 and was buried there. Masheena was also a really noted Indian. He led a band of Kickapoo at the Battle of Tippecanoe. He died and was buried in Atchison County, near the old town of Kennekuk, in 1857. He was born in Illinois in about 1770. 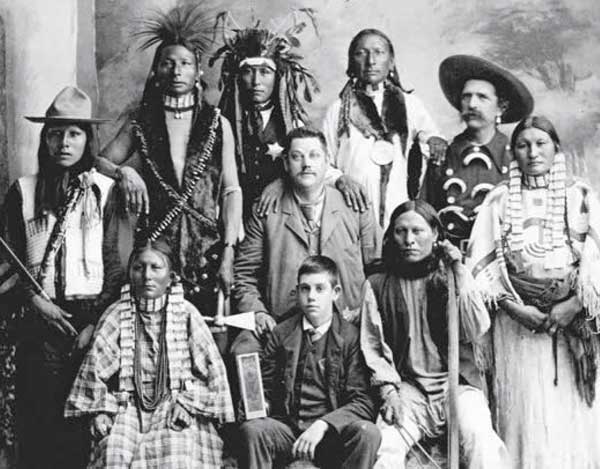 Important seats of Kickapoo occupancy in Atchison County in the early days were Kapioma, Muscotah, and Kennekuk. Kapioma was named for a chief of that name who lived there. The present township of Kapioma gets its name from this source. Father John Baptiste Duerinck, a Jesuit, was a missionary among the Kickapoo at Kapioma in 1855–57. Muscotah was for a long time the seat of the Kickapoo agency. It is a Kickapoo name meaning “Beautiful Prairie,” or “Prairie of Fire.” Kennekuk was named for John Kennekuk, a Kickapoo chief, and son of Keannakuk, the Prophet.

The Kickapoo is a tribe of the central Algonquian group, forming a division with the Sauk and Fox, with whom they have close ethnic and linguistic connections. The first definite appearance of this tribe in history was about 1667–70 when they were found by Allouez near the portage between Fox and Wisconsin Rivers, in Wisconsin. About 1765 they moved down into the Illinois country, and later to Missouri and Kansas.

Kenekuk died about 1852 from small-pox. After his death, some 30 or 40 of his faithful followers remained with his body, hoping to see the fulfillment of his prophecy that “in three days he would rise again.” Unfortunately, they too contracted the disease and died.

History of Native Americans in Kansas