Clements, Kansas, in western Chase County, was first called Crawfordsville. It is a ghost town today. 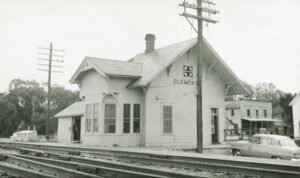 Located at the Junction of Silver Creek and the Cottonwood River, F.G. Hunt was the first to settle in the area in 1856. He soon built a log trading post just west of Silver Creek that became known as Hunt’s Station. In 1860, he was joined by M.L. Hunt.

In 1881, the Atchison, Topeka & Santa Fe Railroad was built through the area, and the station was called Crawfordsville for Joseph Crawford, an area resident. J. W. Cope was the station agent. On October 12, 1881, the Silver Creek post office was moved to Crawfordsville. In February 1882, Joseph Crawford platted the town of Crawfordsville. The village soon had two stores. Just a few years later, the town and post office name changed again to Clements on June 6, 1884, to honor the auditor of the Santa Fe Railway, H.G. Clements. 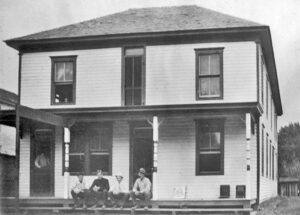 More residents soon settled due to the railroad and the rich farm ground. Longhorn cattle arrived from Texas by the train load; they were unloaded and moved south and east to the pastures. As a result, the village became the center of the local farming and ranching communities.

The Clements Stone Arch Bridge over the Cottonwood River began to be built in 1886. Made of native stone from nearby quarries at the cost of $12,000, it was completed in 1888. Spanning 175 feet over the river, it rises 40 feet above the water level, and the roadbed is ten feet wide. Erected on a farm-to-market road, the bridge made the lives of residents, farmers, and ranchers more convenient. Today, the bridge continues to stand just south of the old Clements townsite. It was listed on the National Register of Historic Places in 1976. It is now only open to pedestrians. 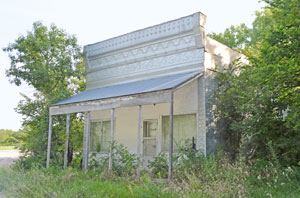 The old Post Office in Clements, Kansas by Kathy Alexander.

In 1910, it had a money order post office with one rural route, telegraph and express offices, mercantile establishments, and a state bank. Livestock, hay, grain, and produce were shipped in considerable quantities, and Clements was the trading point of a large agricultural district. The population in 1910 was 200.

However, in the next decades, the community endured fires and numerous floods, and the once busy settlement began to fade.

Its post office closed on February 1, 1988. Today, little remains except for the beautiful stone arch bridge, ruins, a couple of old buildings, and the former post office. In December of 2022, it was reported in the news that the post office building had been cleaned up and was for sale as a wild west era home.

It is located 15 miles southwest of Cottonwood Falls near the intersection of U.S. Route 50 highway and G Rd. 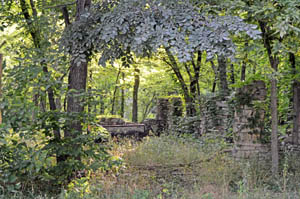 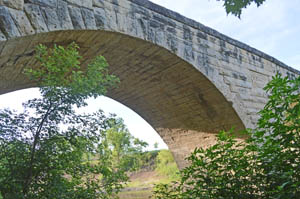 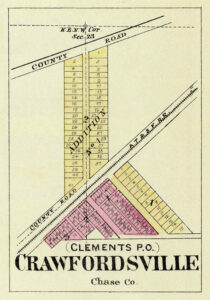