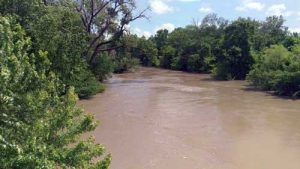 Cresco, Kansas, is an extinct town in Anderson County.

The Cresco Town Company was formed on May 16, 1857, with John S. Robinson, President; William C. Howard, Treasurer; and Solomon Kauffman, Secretary. Late in 1857, the Town Company erected a steam sawmill on a branch of the Pottawatomie River.

The company was incorporated in February 1858. Several buildings were erected during the summer. A blacksmith shop was opened by William C. Howard and a wagon shop by James C. Kelso. On July 13, 1858, the post office was established with W. C. Howard appointed postmaster. The town became a stage stop between Hyatt and the Mineral Point on the Leavenworth to Dodge City Line.

In 1859 many area citizens followed the Colorado Goldrush to Pike’s Peak. Soon the voting place was removed to Central City.