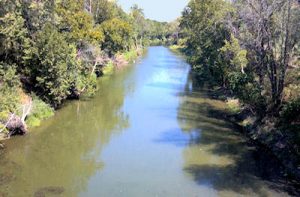 Fall River, Kansas, located in the southeast corner of Greenwood County, is a small incorporated town situated on the Fall River.

The town was laid out late in the fall of 1879 by the Fall River Town Company, covering a space of a little more than 100 acres. The Town Company, formed on November 21, 1879, included B. F. Hobart as President, and George Bulkley, as Secretary and Treasurer.

The Fall River House was built as soon as the town was laid out and occupied on November 23, 1879, by its owner, George Bulkley. It had 15  rooms and cost $2,000 to build. It was the only hotel in the town fitted to meet the demands of commercial trade.

The next building erected on the townsite was the residence of J. M. Edmiston, which was built by Andrew Bergstrom in October 1879. This was soon followed by the hardware store of Romig Brothers and the Fall River House, built by George Bulkley, Secretary of the Town Company and one of the chief promoters of the town. About this time, a part of Beard’s Block, the post office building, and the residence of Albert Allen were removed from Charleston to Fall River. 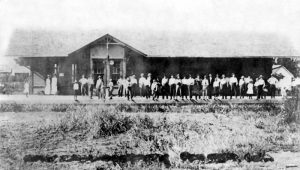 The same fall, W. D. Marr built a house and blacksmith shop, and a Mr. Reddington put up a livery stable. On January 29, 1880, the town received a post office with George Bulkley as Postmaster. The next month, the firm Ritz & Putnam opened the first general store. The first physician in the new town was J. J. Lemon, who was soon followed by B. F. Pugh and Andrew Edmiston. A. M. Hunter, who came in 1881, was the first representative of the legal profession.

St. Louis and San Francisco Railway ran their first train to Fredonia on the evening of Saturday, December 13, 1879, and the next day opened the depot and telegraph office. The first edition of the Fall River Times was issued in September 1881 by N. Powell, and the first school, a subscription school, began at about the same time, with B. F. McVey teaching the students. 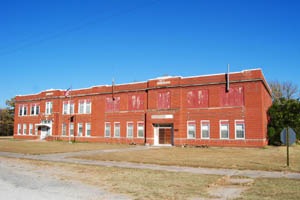 The following spring, a public school was taught in a rented room by L. H. Johnson, and a class of 60 gathered together. No attempt was made to have a fall term in 1882, as the new school building was not completed. However, the two-room school with accommodations for over 120 students would be ready.

At this time, the town boasted a population of nearly 300 people, three general stores, two hardware stores, four grocery stores, a hotel, a meat market, a wagon shop and livery, a drug store, furniture maker, millinery store, a billiard hall, harness shop and two blacksmith shops. However, there was still no church, though several groups had been organized and held lots for building.

By 1910, the town had grown to 383 people and was described as having all lines of mercantile enterprise, as well as banking facilities, a weekly newspaper, express and telegraph offices, and a money order post office with four rural routes. 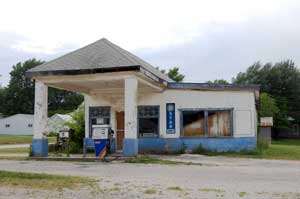 Over the years, Fall River remained a small town and declined in population. At some point, Fall River’s schools were unified, and students now attend in nearby Fredonia, about 15 miles to the southeast.

Today Fall River is called home to just about 145 people.

However, it remains a destination point as it is located just four miles north of the Fall River and the Fall River State Park and Lake, where locals and visitors enjoy hiking, biking, fishing, swimming, boating, water skiing, and other outdoor activities. More than 8,000 acres of public wildlife surround the park and are managed for various game and non-game species such as dove, quail, deer, turkey, rabbit, squirrel, waterfowl, and prairie chicken.

Fall River is located about 22 miles southeast of Eureka, the county seat. 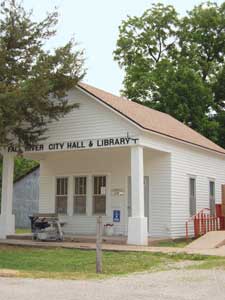