Fulton, Kansas, a tiny town in northeast Bourbon County, was established in 1869.

Town founders included B. P. McDonald, O. Chanute, T. C. Myer, and C. A. Morris. The town was first called Osaga for the Little Osage River that runs north of the town. 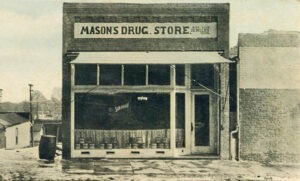 Ben Ivens established the first business house. William H. Green, a Missouri native, opened a general merchandise store. Green first came to Kansas in 1863. He first located at Fort Lincoln a few miles west of Fulton and opened a general merchandise store known as Knowles & Green. While here, he met with a great disaster and nearly lost his life. In 1864, a detachment of General Sterling Price’s army took the place and burned all the buildings but one, including his store and property. As he and Mr. Stevens were about to ride away, Stevens was killed by his side, and Green saved his life by running from the rifle balls and plunging into the woods on the other side of the river. After returning to Missouri for several years, he returned to Fulton in 1869. Later Green would serve as a Kansas Representative and be admitted to the Kansas bar as an attorney.

In 1869, George White had also begun dealing in grain and lumber and would later become the first railroad station agent for the Kansas City, Fort Scott & Gulf Railroad.

When a post office was established on December 1, 1869, Mrs. M. A. Stapleton was the Postmistress.

J. Hays started a tin shop in 1870. The same year, Isaac Burton started a store, which he sold to Timothy Hackett in 1872. Another early business was the firm of Stapleton, Wells & Co. which dissolved in 1871 and then became the new firm of Stapleton & Green. 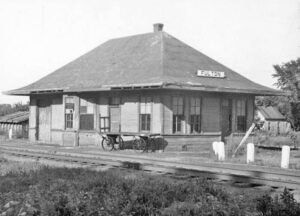 In 1873, J. W. Jewell began in the drug business. Jewell had also lived at Fort Lincoln and was connected with the commissary department until he returned and found that the place had been burned. He then opened a store, which he kept there until 1873 when he moved to Fulton. In addition to the drug business, he also sold general merchandise. He sold out in the spring of 1882 to J. W. Reynolds.

Osaga was incorporated as a city of the third class on January 23, 1874.

On April 6, 1876, the town and the post office were renamed Fulton after the town of Fulton, Illinois. This was because Osaga, owing to the similarity to the name Osage, was causing goods and mail to be delivered to improper addresses.

A two-story, four-room stone school building was built in 1882 for $3500. The same year, a large one-story frame Methodist church was completed. The Catholics also had a flourishing congregation, with a small but neat frame church building.

By 1910, Fulton was a shipping point on the St. Louis and San Francisco Railroad and was one of the largest towns in Bourbon County. However, its population had dropped to 416. 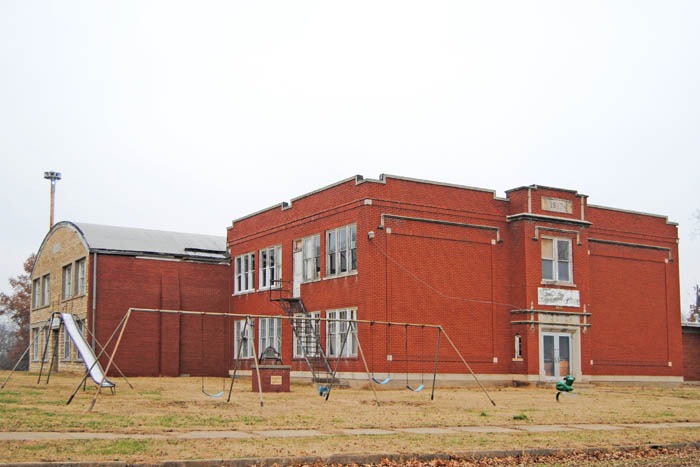 By the mid-1910s, the community began discussing the possibility of a new and bigger school. Their reasons included overcrowding and poor ventilation at the 1882 school and the need for modern educational facilities with an assembly space. However, there was opposition due to higher taxes and some who thought the 1882 school was adequate. However, the idea eventually passed, and building plans were completed by August 1917.

The 1882 school building remained standing and served as space for elementary classes for a time but was eventually demolished in 1935. That year, the Works Progress Administration (WPA) built a new gymnasium and auditorium with salvaged stone from the old building.

The property functioned as a combined high school and grade school until 1966 when the high school consolidated with Fort Scott. The elementary school later closed in 1978. The building then became the Fulton Community Center.

In the meantime, the population of Fulton continued to drop. By 1993, the Presbyterian and Catholic churches closed. The post office closed on April 30, 2005.

Today, Fulton is called home to only about 112 people. The town is located about 13 miles north of Fort Scott. 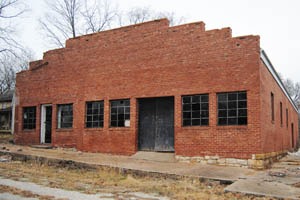