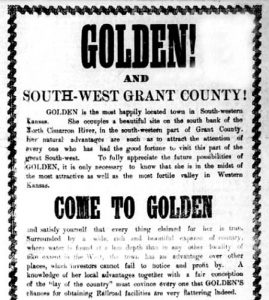 Golden, Kansas in Grant County, once located southwest of Ulysses on the North Fork of the Cimarron River is an extinct town today.

Golden was established in 1886 in what was then Hamilton County before Grant County was created. A post office was established on September 27, 1886. The population of the small town grew to about 50 but had a number of businesses including a lumber yard, a general store, a blacksmith, and a western supply store. Some early settlers included B.E. Morris, T.S. Hurd, Clarence Vorhees, Frank Byers, and J.A. Harmon.

A newspaper called the Golden Gazette was established in 1887, but it was discontinued just two years later. Unfortunately, Golden did not continue to grow and over a short time, businesses and people moved on. Its post office closed on May 15, 1899. The Golden School continued to serve grade school students for many years.

Today, all that is left is the Golden Cemetery. The town was situated about 12 miles southwest of Ulysses. 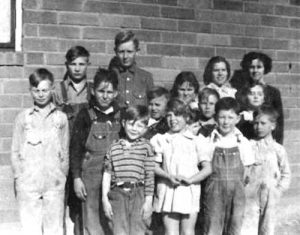 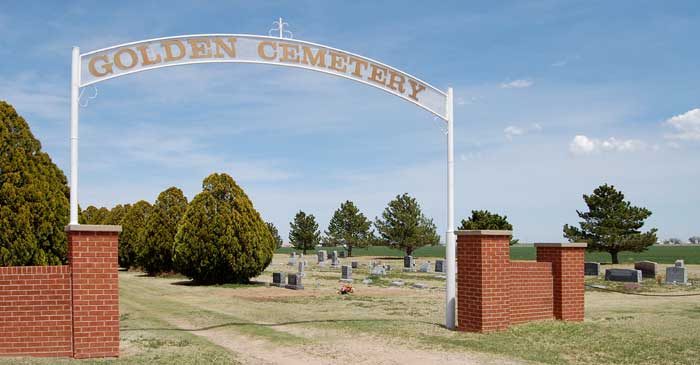