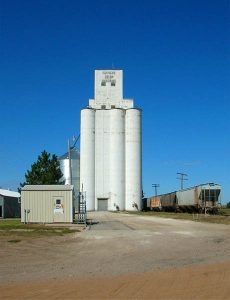 Hargrave, Kansas is an extinct town in Rush County.

Though Hargrave still appears on maps of today, its post office closed on April 30, 1950.

The town was described in 1910 as being a station on the Missouri Pacific Railroad located about seven miles west of La Crosse. At that time, it had a general store, a lumberyard, a couple of other small businesses, and a population of about 50 people.