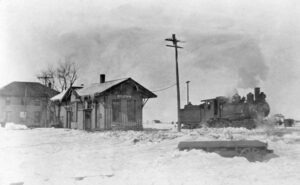 Horace was founded in 1886 when the Missouri Pacific Railroad came through the area. It was named after Horace Greeley, the editor of the New York Tribune, who encouraged western settlement with the motto “Go West, young man.” A post office was established in Horace on February 10, 1886, and the town grew quickly.

In 1887 Horace was incorporated, and when it was time to choose a county seat, Horace was a contender. However, though larger than nearby Tribune, it lost out to Tribune, located just two miles to the east. However, Horace maintained, and by 1888, it had 300 residents, a newspaper, and a bank. 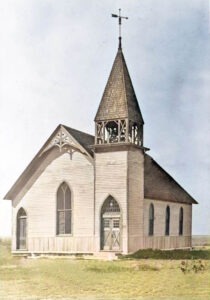 In the early 1900s, the town boasted a large brick school building, a railroad roundhouse, a YMCA building, a hotel, a grocery store, and a Baptist Church. Unfortunately, it appears that all of these buildings are gone today.

By 1910, Horace had several mercantile establishments, telegraph and express offices, a money order office, and a population of 189. It also continued to be a stop along the Missouri Pacific Railroad.

In November 2007, voters in rural Greeley County and Tribune approved a consolidation of the county and the city of Horace. However, Horace’s citizens decided against consolidation, and the City of Horace continues to maintain a separate city council to manage its affairs.

Today, Horace is home to only about 65 people with no open retail businesses. 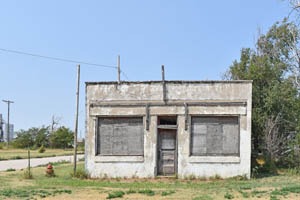 Ghost Towns & Near Ghosts of Kansas