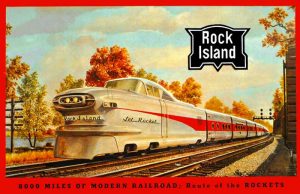 Established as a station on the Chicago, Rock Island & Pacific Railroad, the land was obtained from a settler named James A. Fishback in April 1887. Fishback then sold more land to the South Arkansas Valley Town Company to form a town. The town was named for the “downs” in England, which are open grasslands. According to the tale, when an  English homesteader was heard to say that the prairies reminded him of the King’s Down, the name was utilized for the new settlement. However, there is another version of how the town came to get its name, and that was when railroaders were playing poker, and someone called “Kings Down.”

The railroad soon built a depot, roundhouse, and section houses over the next year, and in January 1888, the settlement received a post office. However, Kingsdown did not fare well during its first few years, and the post office was closed in December 1891. It reopened from February 1892 to November 1893, when it closed again. In the meantime, the railroad left, and by 1898, the land was sold for taxes. 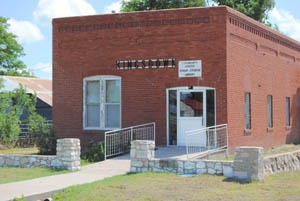 Early in the 20th century, however, Kingsdown began to grow again, and the post office reopened in April 1904. As new businesses began to be built, the railroad also came back in 1910, when the population was about 150 people. A new depot was built the next year, and for decades, Kingsdown became a small local trading and transportation point for the area.

Today, all that remains are a few houses and a grain elevator. Also near here is the Clark State Fishing Lake, nestled in Bluff Creek Canyon. The lake provides not only fishing but also nature trails, hunting, camping, and boat ramps.

Kingsdown is located about six miles southwest of Bucklin, Kansas, on Highway 54. 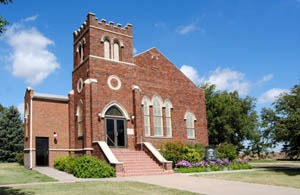