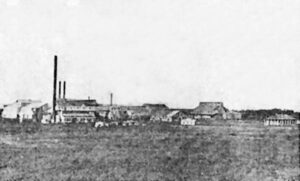 Mildred, Kansas is an unincorporated community and near ghost town in Allen County, Kansas. As of the 2020 census, the community’s population and nearby areas was just 25.

Mildred was founded in 1907 by Kansas City industrialist Sam T. Dermott for the Great Western Portland Cement Company of Chicago, Illinois. Dermott bought 260 acres just west of the Missouri, Kansas & Texas Railway tracks from John Winterbottom and Hiram Lieurance and announced that the company would build a $2,000,000 plant there. A 40-acre townsite was platted to the southwest of the plant site to house the workers. Coal Creek was dammed to provide a water supply, and a post office was established on September 24, 1907. By the end of that first year, a school was under construction.

The Missouri, Kansas & Texas Railway maintained a passenger depot in the community, as well as spur lines that served the cement plant and the grain elevator. Twenty months after the plant’s announcement, 300 men were working hard making cement from the limestone and shale mined from the quarries. 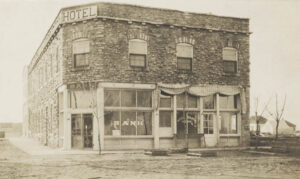 Hotel and bank in Mildred, Kansas.

In 1910, Mildred was described as a “thriving little town,” with a money order post office, express and telegraph offices, good local trade, was a shipping point of some importance for that section of the county, and had a population of 300.

Through the 1910s, the town boomed as retail stores, restaurants, two hotels, schools, two barbershops, and a movie theater were established. Dr. R.R. Nevitt established his practice and opened a drug store, and the Mildred Ledger reported community events each week. Mildred grew to have a population of about 900 people before World War I and immediately after when the cement industry was at its peak. Next to town was the huge cement plant, which included several large buildings. Cement was shipped all over the world, and cement from the plant was used to construct the Liberty Memorial and World War I museum in Kansas City, Missouri.

At its peak, Mildred had a population of 2,000, and the Great Western plant grew to employ 375.

Unfortunately, by the end of World War I, the cement business began to decline. The cement plant shut down briefly in the 1920s and reopened at partial capacity until it permanently shut down during the Great Depression in the 1930s. Afterward, the plant was sold to Consolidated Cement Company, and some of the machinery was shipped to another Consolidated plant in Fredonia, Kansas. Much of the plant was dynamited, and the concrete remains were left behind.

During these busy times, the Brown Brothers store opened in 1915. In the following years, the store was passed down through three generations, changed its name to Charlie Brown’s Grocery in the mid-1940s, and was in operation for nearly 100 years. 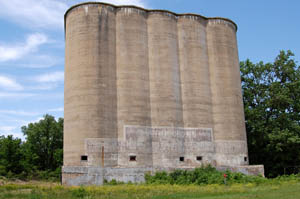 Concrete grain elevator in Mildred, Kansas by Kathy Alexander. The remains of the old cement plant are in the forest behind this elevator. 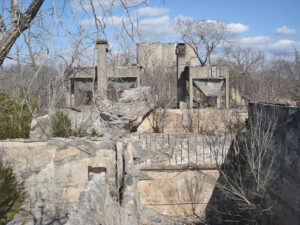 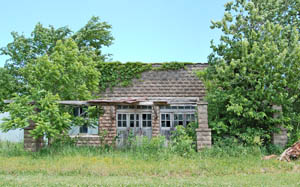 An old building in Mildred, Kansas by Kathy Alexander.

Since then, the city of Mildred has steadily dwindled as jobs disappeared. In 1944 the high school graduated its last class.

By 1950, the town’s population dropped to 79, and at some point, it was disincorporated.

In 2014, Charlie Brown’s Grocery finally closed its doors, leaving the community of Mildred to travel ten minutes to the nearest grocery store in Moran.

However, soon after its closing, Loren and Regena Lance purchased the store, and it is open once again. Aside from providing staple grocery items, the Mildred Store also has a monthly music night and opened an RV park right next door. The Mildred Store is located in a more than 100-year-old building that is one of the last remaining buildings from the height of the town’s beginnings.

The small town also has a community building and a church. Area students attend school in the Marmaton Valley District.

Mildred is about seven miles north of Moran on U.S. Highway 59. 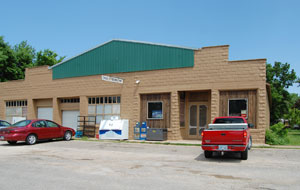