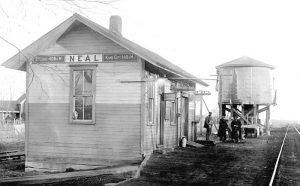 Neal was named for a minor official of the Missouri Pacific Railroad. It gained a post office in June 1882. In the beginning, Neal was but a flag station on the railroad, but a depot was built in the town in 1883.

Situated within the Bluestem region of Kansas, where cattle have been fattened every spring for decades, this began during the wild days of the Texas cattle drives, from 1866 to 1885. 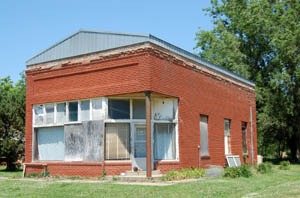 An abandoned business building in Neal, Kansas by Kathy Weiser-Alexander.

In 1910, the town supported all the main lines of business enterprise, as well as express and telegraph offices and a money order post office with one rural route. At that time, the population was 150.

Throughout the years, Neal remained a small agricultural town. Today, though only a handful of people still live here and there doesn’t appear to be open businesses, this semi-ghost town still has a post office and an active Methodist Church. 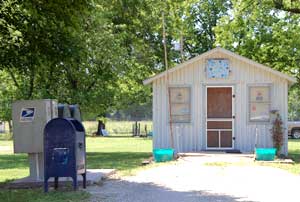 Every summer, some 75,000 head of cattle continue to be fattened on the nutritious grasses of the Bluestem region in Greenwood County. This area comprises the last large segment of true prairie which once stretched from the forests of the East to the Great Plains. 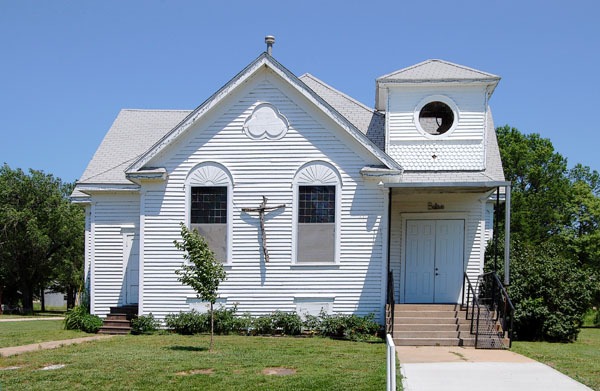