Oak Hill, Kansas, is a small town in Oakland Township on Chapman Creek in Clay County. 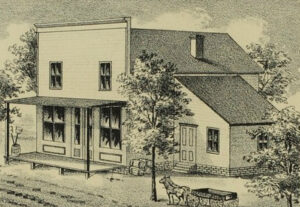 On April 30, 1866, A.J. Gabhart was the first to stake a claim in Oakland Township. Within a few years, five other families lived near Chapman’s Creek. A.F. Schaeber, one of these settlers, opened a little store in his mud-brick home. His homestead was atop a small hill near the creek, and several large oak trees grew at the foot of the hill. This inspired him to name his store Oak Hill. When a post office opened on January 17, 1871, it was located inside Schaeber’s store, and he became the postmaster.

By 1881, John Dieter was the postmaster and also ran Dieter’s Store. By that time, the town also had a blacksmith shop, a livery, a harness, a shoe shop, J.S. Badger’s Store, and a schoolhouse that also served as a church. 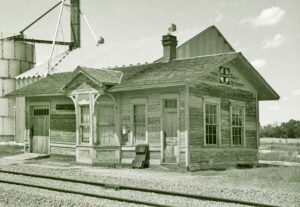 The Atchison, Topeka & Santa Fe Railroad was built through the city in 1887. During the railroad days, Oak Hill serviced freight, cattle, and passenger trains. In 1910, it had a bank, several retail stores, telegraph and express offices, a money order post office with two rural routes, and a population of 300.

Oak Hill was incorporated in 1925. Its population fell in the following decades.

Its post office closed on July 16, 1995, officially making it an “extinct” town. However, it is still incorporated.

As of the 2020 census, the population of the city was 24. Today there are several homes in the area, a few old business buildings, and a Presbyterian Church. It is located 15 miles southwest of Clay Center. 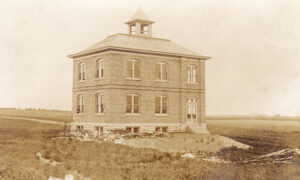 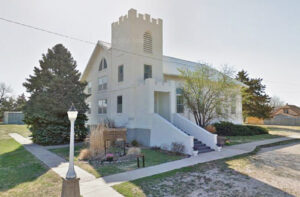 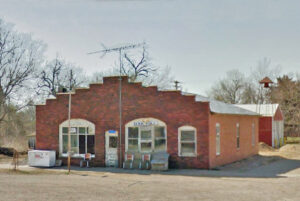