Randolph, Kansas is a small town located north of Manhattan in Riley County. 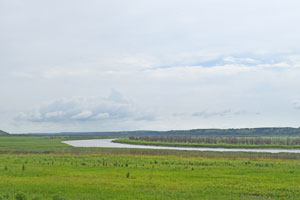 In 1855, Gardner Randolph was the first settler in the Big Blue River Valley at the mouth of Fancy Creek. Less than a year later, J.K. Whitson decided he wanted to lay claim to the same area. Both men believed that they had filed legal claims to the land and were soon in a dispute. In the end, it was found that neither man had followed all of the necessary steps for claiming the title.

After winning the race back to the Big Blue River Valley from the claim office, Whitson was declared the rightful claim holder. He then laid out a town and called it Waterville in 1856. The village received a post office on August 8, 1856. 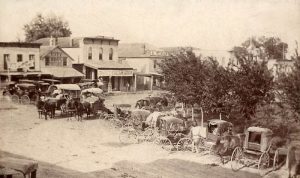 G. L. Ruthstreno, the first resident, established the first store. Many other early residents were Swedish and German immigrants. Some of these people were great limestone builders that built many rock structures in the area.

In 1876, the town’s name was changed back to Randolph. By 1882, the town had grown to about 300 people, with a grade school with two teachers, and the Swedish Methodist Episcopal Church. at that time, the post office was in the house of Gardner Randolph and had only a weekly route between Ogden and Marysville. 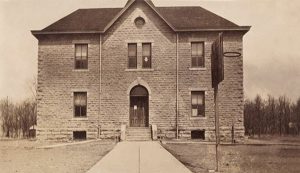 In 1886, Randolph’s population was 293 and it was incorporated as a city of the third-class. In the next decades, the town would continue to grow and by 1910, it boasted two banks, a weekly newspaper called the Enterprise, express and telegraph offices, and an international money order postoffice with two rural routes. That year, its population peaked at 455.

Located on the Union Pacific Railroad, the town was stable for years but gradually declined. In the meantime, the area was experiencing flooding and in 1938, the U.S. Congress proposed the building of Tuttle Creek Reservoir near Manhattan. Though building the dam and reservoir would disrupt the lives of citizens in ten Kansas communities, including Randolph, the dam would protect cities and towns downstream that would be devastated if flooded. These damages could amount to millions of acres of flooded cropland, transportation facilities paralyzed, and businesses destroyed. 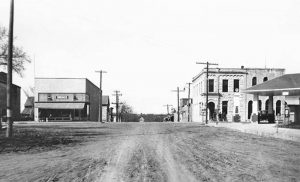 With continued flooding in Kansas, funds for the initial planning of Tuttle Creek Reservoir were authorized in 1944. However, construction would be years away. That changed after the  Great Flood of 1951, which inundated downtown Manhattan, Topeka, and the West Bottoms of Kansas City, Missouri. The single greatest day of flood destruction in the state, the Kansas River was so full that it forced the waters in its tributary, the Blue River, to run backward. The damages to the various communities and agricultural lands were nearly $600 million.

Construction began on the Tuttle Creek Dam in 1952. By 1960, Randolph was called home to only 35 people. When the Tuttle Creek reservoir began filling up in 1962, it affected ten towns and entirely submerged four of them including Cleburne, Randolph, Garrison Cross, and Stockdale. 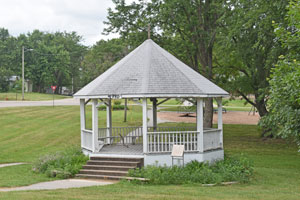 Of these towns, Randolph was the only one to build elsewhere. Today, it is located a mile west of its former location at the top of a hill. The streets of the small town are named after the submerged towns. The ruins of the original town are visible on the north side of Kansas Highway 16 as it crosses the lake.

Today Randolph is called home to about 156 people and is home to the Blue Valley Rams – Preschool, Elementary, Middle School, and High School. Visitors come from across the area for the annual Independence Day Celebration held the Saturday before the 4th of July.

Randolph is located about 22 miles northwest of Manhattan on Highway 77. 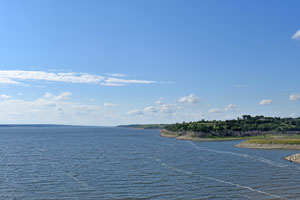