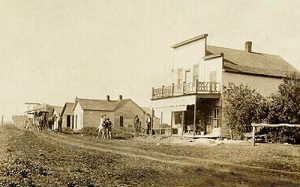 A post office opened in the vicinity on December 8, 1870 that was called Collins. However, on January 29, 1883, the name was changed to Reece.

Though the town was situated on the Missouri Pacific Railroad, it grew slowly and by 1910, it was called home to only about 100 people. However, there were churches, schools, mercantile establishments, express and telegraph offices, and a money order postoffice with one rural route at the time. 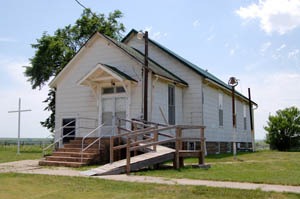 Over the years, Reece continued to be a small agricultural community and grew no further. Its post office closed on July 14, 1967. Today, it appears to have no open businesses, a scattering of homes, and just a handful of people.

It is located about nine miles southwest of Eureka, the county seat. 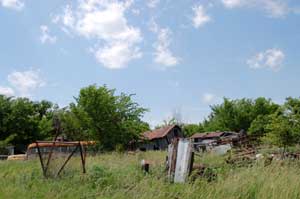 Like many other ghost towns, Reece is filled with trash and junk by Kathy Weiser-Alexander. 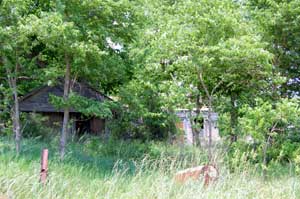