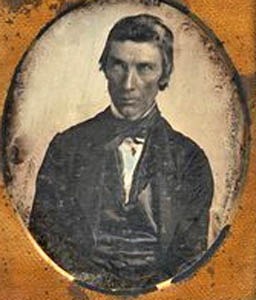 Robert Simerwell was a  missionary to the Potawatomi Indians in Kansas.

Simerwell was born in Ireland, May 1, 1786. He attended school occasionally until he was 15 years old and came with his parents to Philadelphia, Pennsylvania, in 1803. His parents died soon afterward and he became a blacksmith’s apprentice.

In 1824, he went to the Baptist Indian Mission at Carey Station on the St. Joseph River in Michigan, and the next year married a Miss Goodridge. He then became a government blacksmith to the Potawatomie Indians and studied their language. In 1833, he came with a part of the tribe to the Baptist Mission in Kansas, led them to their new home on the reserve near Topeka in 1848, and labored among this tribe as a teacher and spiritual leader until ill health forced him to retire in 1854. He was also the author of a primer in the Potawatomie language, that was published in 1833; translated a book containing a catechism and hymns into Potawatomie in 1835; and his books and manuscripts, now in the Kansas Historical Society, include fragments of translations of hymns, grammar, vocabularies, discourses, etc. 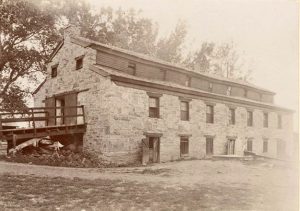