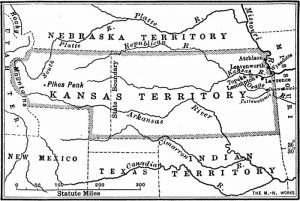 Lecompte was born in Dorchester County, Maryland, on December 13, 1814. At the age of 16, he entered Kenyon College at Gambier, Ohio but remained only to the close of his sophomore year, when he went to Jefferson College, Pennsylvania, where he graduated there with honors in 1834. After leaving college, he studied law with Henry Page, a distinguished lawyer of Maryland, and upon being admitted to the bar, began practice in Carroll County, Maryland.

In 1840 he was elected to the state legislature; was a candidate for elector for General Lewis Cass in 1848; was a candidate for Congress in 1850 as a Democrat but was defeated, the district being largely Whig. Early in 1854, he moved to Baltimore, Maryland, and in October of the same year, he was appointed by President Franklin Pierce, Chief Justice of the Territory of Kansas, a position he held until March 9, 1859. 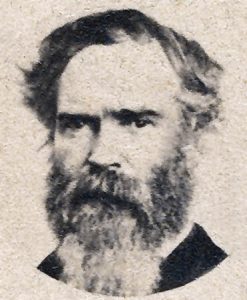 As an ardent supporter of the Democratic Party, he was seen by many as being a pro-slavery man. Upon retiring from the bench, he settled in Leavenworth, Kansas, and opened a law office. During the 1850s, Lecompte was also busy in several business enterprises including real estate and railroads. He was the president of the Lecompton Town Company, and through his efforts, it became the state capital. He also sponsored a charter for establishing a medical college in Lecompton and worked with John Stringfellow to promote the establishment of a University of Kansas at Leavenworth. His railroad pursuits included incorporating the Kansas Central Railroad Company; the Leavenworth, Pawnee and Western Railroad Company; and the Leavenworth and Lecompton Railroad Company.

After the close of the Civil War, he renounced his political beliefs and became a Republican. Judge Lecompte took an active part in politics; served four years as Probate Judge of Leavenworth County; represented the county in the state legislatures of 1867-68, and on April 15, 1874, was elected chairman of the Republican Congressional Committee of the First District. In 1887 he went to Kansas City to live with his son and died there on April 24, 1888.