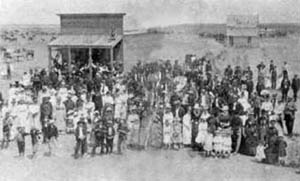 The old town of Shockey in Grant County, Kansas was located northwest of Ulysses along Bear Creek. The town is gone today.

The settlement was first called Laport when it was first settled, at which time it was situated in Hamilton County before Grant County was created. It gained a post office on November 23, 1886. 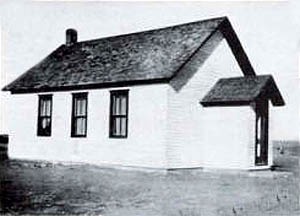 In its early years, Shockey was described as having “splendid opportunities, rich resources, two railroads, and a wealthy town company.” Despite this strong praise, it was not to be. Its existence was short and soon, people and businesses moved away and its post office closed on September 29, 1906. 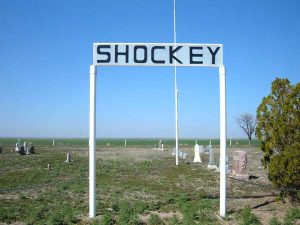 All that is left of Shockey today is a cemetery. It is located on Bear Creek about 14 miles northwest of Ulysses.