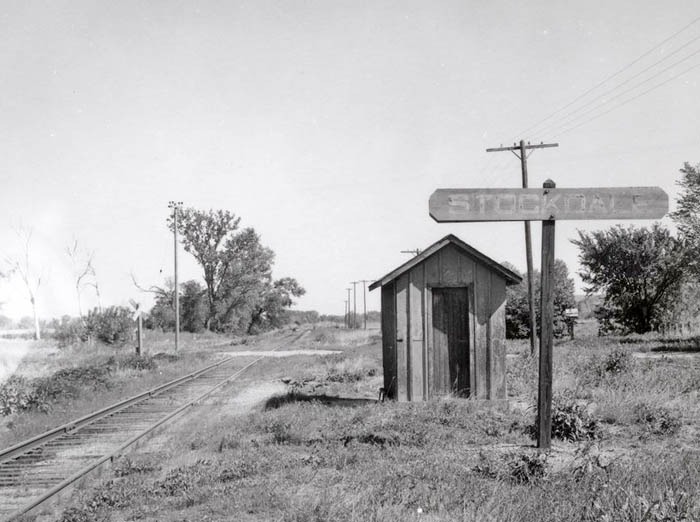 Stockdale, Kansas was located at the junction of Mill Creek and the Big Blue River in Grant Township of Riley County.

In the early days, there was a sawmill utilizing the ample water-power. J. D. Sweet had a store and a blacksmith shop and when the community gained a post office on April 29, 1872, he served as the postmaster. In 1910, the Union Pacific Railroad ran through town. At that time, it had a bank,  telegraph and express offices, a money order office with one rural route, and a population of 100.

Unfortunately, Stockdale’s proximity to the Big Blue River, made it prone to flooding. During the Great Depression of the 1930s, the federal government had proposed building flood control dams along tributaries of major rivers in Kansas. The Flood Control Act of 1938 authorized the construction of Tuttle Creek Reservoir, which would inundate Stockdale. Though action on building the dam was slow, the people of the area got the message and began to move. The town’s post office closed on April 4, 1922. Today, the area where the town once stood is Stockdale Park on Tuttle Creek Lake. 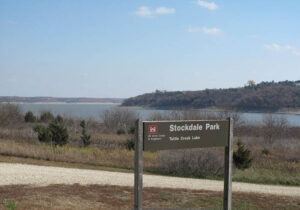