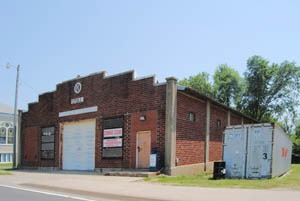 Stull, Kansas, in Douglas County is an extinct town today. It was first called Deer Creek when the area was settled by people of German ancestry, mainly Pennsylvania Dutch.

By 1857, six families were living in the area and two years later,  the settlers organized the Evangelical Emmanuel Church. In 1867, they built a stone church on land donated by Jacob Hildenbrand. Sermons at the church were preached in German until 1908. Sadly, the church was torn down in March 2002.

The small village received a post office in April 1899, and the town took the name of Stull for its first and only postmaster Sylvester Stull. It was only open for four years and closed on September 30, 1903. In 1910 the town’s population was just about 31. 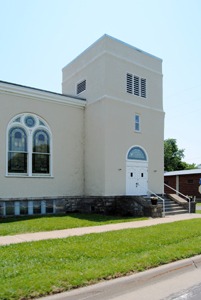 The Stull Church of Christ was built in 1913 and somewhere along the line, a bank was established. Like other small farming communities, Stull declined over the years and today is called home to just a few residents, some of whom are descendants of the original founders, and an old cemetery.

Still located on maps of today, Stull is located about seven miles west of Lawrence on Highway 40.