Brewster, Kansas, is located in the far western portion of Thomas County. 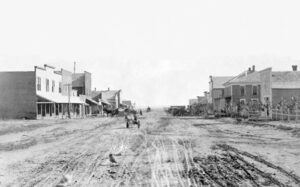 The town got its start as a station on the Chicago, Rock Island, and Pacific Railroad. It was platted in 1888 and named for Robert Brewster, a railroad foreman who helped lay tracks through the area. A few months later, the town was called home to about 80 people who were mainly living in tents and sod houses. On September 17, 1888, the post office was moved from nearby Hastings and renamed Brewster. More businesses were soon established. That year a school district was formed and classes began on January 14, 1889.

By 1910, Brewster had three general stores, a restaurant and lodging house, hardware, implement and furniture store, a meat market, a grocery, bank, livery stable, men’s clothing store, school, a hotel, a weekly newspaper called the Hustler, and a population 0f 200. By that time, it was the principal shipping point between Colby and Goodland.

In 1920, Brewster was incorporated as a second-class city, enabling it to issue bonds to build power lines to Colby.

In 1925, movies came to Brewster Charley Mallory built the Liberty Theatre. It is now closed. 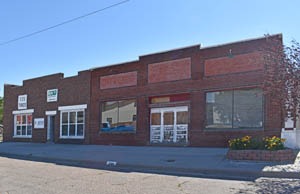 Brewster’s population peaked in 1930 at 487. That year, the town built a waterworks and issued bonds for a new sewer system the next year.

Today, Brewster remains a small town with a population of 291. 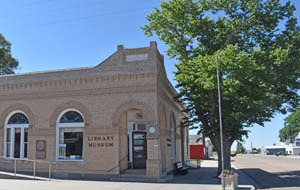