Carlton, Kansas, in Dickinson County, once a busy station and shipping point on the Kansas Pacific Railroad, is a ghost town today. 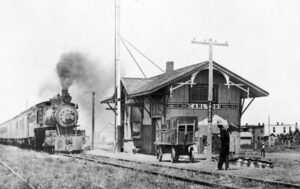 Located in the Holland Creek Valley, a post office was established on February 21, 1872.

Though it was situated in a rich agricultural area, the town grew slowly. It peaked in 1910 when it was described as a thriving village. At that time, it had a money order post office with one rural route, telegraph and express offices, some good general stores, Presbyterian and Baptist churches, a two-story school, and a population of 225. At that time, it was the principal shipping and supply point for the southwestern portion of the county.

However, in the following decades, its population declined. At some point, its school was consolidated with Chapman, Kansas. 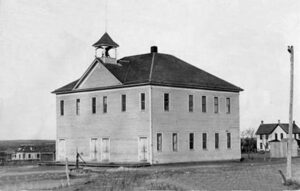 As of the 2020 census, the population of the city was 40. Though it is a ghost of its former self, it still has active grain elevators and silos, and the Presbyterian church still serves a congregation.

It is located about 18 miles southwest of Abilene, just off Highway 4. 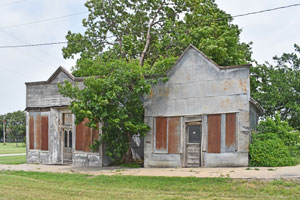 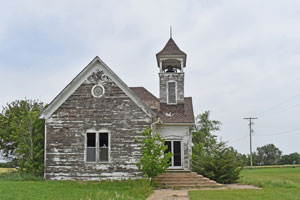