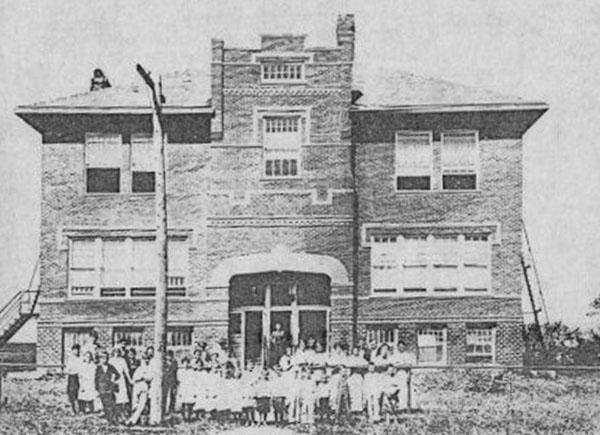 Carlyle, Kansas, is an extinct town in Allen County.

In the fall of 1857, a small colony was formed in Indiana to make a settlement in Kansas and build up a town, which was to be named Carlyle. After selecting the site north of Deer Creek, in 1857, two young men, P.M. Carnine and R.V. Ditmars, were left to build cabins. In the spring of 1858, the colonists began to arrive. Among the first were T.P. Killen, J.M. Evans, S.C. Richards, J.W. Scott, David Bergen, and H. Scott.

The Carlyle colony selected 320 acres for a townsite and proposed to build a church and a schoolhouse and make other improvements to ensure the building up of the proposed town. Finding many difficulties in the way of making a prosperous town, the project was abandoned, and the site was cut up into farms.

Though not successful in building a town, the colony prospered. A post office was established on January 7, 1859. A postal route was established from Leavenworth via Hyatt, in Anderson County, and to Carlyle, Cofachique, and Humboldt, in Allen County in 1858. The church and schoolhouse were afterward built, a high school kept up, and part of the time there, there was a store.

Carlyle became a station when the Leavenworth, Lawrence, and Galveston Railroad was built.

In January 1907, Lumberman’s Portland Cement Company bought a 350-acre site northeast of Carlyle with plans to build a $1 million cement and brick plant.

Work began in 1909, and during the spring of its first year in operation, 120 men were employed making bricks, with the company planning to hire 70 more. Within no time, the plant was making 150,000 bricks a day.

Lots were also bought to build houses and a hotel. Residents responded by building a grocery store, a drug store, a pool house, and more. 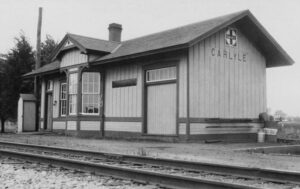 In 1910, the community was a shipping point on the Atchison, Topeka & Santa Fe Railroad.

At that time, it had a money order post office with one rural delivery route, telegraph station, express offices, a good village school, some stores, and a population of 200.

But, from the start, the cement company suffered from financial problems, and parts of the plant were poorly designed and had to be rebuilt. After spending some $800,000, the company was under water.

In June 1913, the plant still owed $400,000 to its stockholders. In 1914, Lumberman’s was sold to Iola entrepreneur L.L. Northrup for just $41,000. Afterward, the equipment was sold, and the concrete remains of the old plant were left behind.

In the next decades, the town remained very small, and its post office closed on November 5, 1988.

The railroad tracks in Carlyle have since been converted to a rail trail that is now part of the Prairie Spirit Trail State Park.

There are still several homes in the community and a Presbyterian Church.

Carlyle is located about five miles north of Iola at the intersection of Texas Road and CR 1600 and less than a mile west of U.S. Route 169. 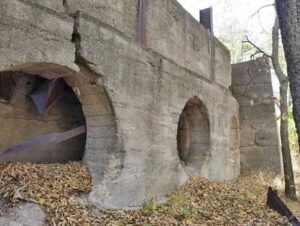