Elsmore, Kansas, in Allen County, is located in Elsmore Township, not far from Big Creek. Though it is officially an extinct town today because it no longer has a post office, it still has several homes, and as of the 2020 census, its population was 50.

When a post office was established on November 22, 1866, it was called Elsinore, where Shakespeare’s play Hamlet was set. 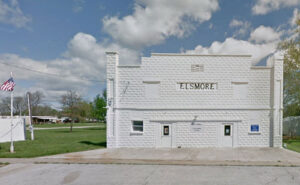 In August 1888, after the route of the Missouri, Kansas & Texas Railway from Kansas City to Parsons had been definitely set, N.L. Ard, J.L. Roberts, J.A. Nicholson, W.D. and H.W. Cox, and O.P. Mattson purchased 20 acres and platted the town. On February 11, 1889, the town and post office’s name was Elsmore.

The community soon became a popular trading center and shipping point for that section of the county.

The community was incorporated in 1909. In 1910, it was still a station on the Missouri, Kansas & Texas Railway and had a money order post office with two rural routes, a bank, several good stores, some small manufacturing enterprises, telegraph and express facilities, good schools, and a population of 216.

Elsmore is located in the southeastern part of the county, about 15 miles southeast of Iola. 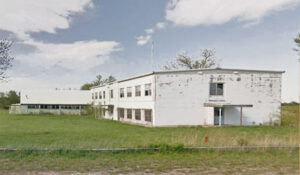