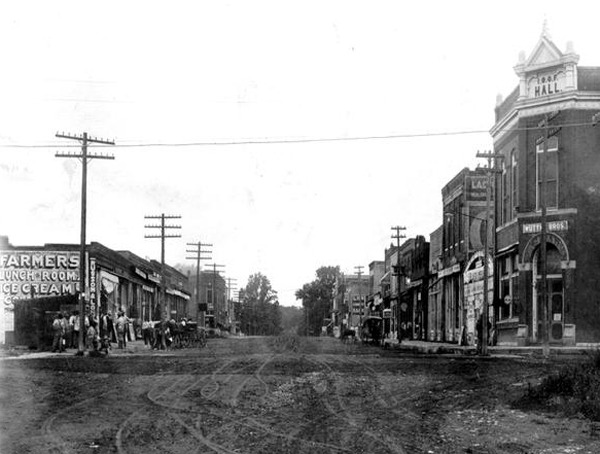 Situated along the Marais des Cygnes River in the northeast part of Linn County, La Cygne (pronounced ‘luh SEEN’) got its start in 1869 when it was determined that the Kansas City, Fort Scott, and Gulf Railroad would come through the area. It was named after the Marais des Cygnes River, which means “Marsh of the Swans” in French, in reference to the Trumpeter Swan, which was historically common in the Midwest. Before a townsite was even laid out, a man named Mr. Chetland built the town’s first store.

The first school, which was private, was taught in Cady’s Hall by Mrs. Webb. It would continue until a public schoolhouse was built the following year. That first year, several residential homes were also built, including one by Henry Briser, Dr. A. Davis, B. S. Heath, and others.

La Cygne was incorporated as a village in January 1870, and a board of trustees was appointed. Before long, a second hotel was completed by Joseph Goss, which was called the La Cygne House, the La Cygne Flouring Mill was established by Chatterson & Hungerford, and a bank was started by S. D. Cady, called the Farmers’ Savings Bank. The first newspaper in the town was the Weekly Journal, which first appeared in June 1870. Through the years, it would change hands several times and continue publication until 1915.

A Methodist Church was organized and soon after built a 24×50′ frame building for services. The Presbyterians also organized in 1870 but would not have a church until the following year. By the fall of 1870, the town had grown enough that La Cygne had enough residents to organize as a city of the third class, and F. A. Foote was elected the first mayor. At about the same time, a public schoolhouse was built.

In 1871, J.J. Starks erected the first brick building in the town, which held a dry goods business. A bank was established the same year. A new larger school was also built at the cost of $10,000. The two-story brick schoolhouse accommodated grade school through high school students. A 28×44′ frame building was completed by the Presbyterians in the fall. That same year, the stock was organized in S.D. Cady’s Farmers’ Savings Bank and a brick building were built. Three years later, in 1874, it would change names and become S. D. Cady & Co., and would later change again to the Linn County Bank. It continues to operate today. Shortly after the Farmers’ Savings Bank was established, Bentley, Pratt & Moore started a private bank, which would operate until 1879, when it was discontinued.

In 1872 several citizens, acting on the advice of an area Indian chief, formed a company to look for silver. The Indian, who said he had received the information through a “spirit,” directed them to a place that took on the name of “Silver Mound.” About $3,000 was spent to sink a 100-foot shaft; but, no silver was ever found, and the project was abandoned. Another man, who was sure that lead could be found in the area, spent some $15,000 in a fruitless search for lead in Potosi Township.

In 1880, the flour mill became the property of D. Coonrad. By this time, the mill was three stories high. Two years later, the mill was updated with “patent process” machinery and would process 80 barrels of flour per day. That same year the La Cygne Organ Factory was established by Swisher & Shrake, who manufactured reed organs on a small scale. 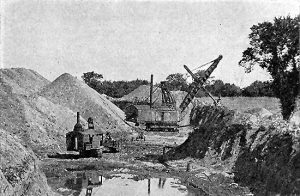 In 1881, several La Cygne citizens raised $1,000 and hired a man named George Morely, a practical miner, to sink a shaft searching for coal. This first shaft, located ½ mile north of town, resulted in locating an excellent 36-inch vein of coal. George Morely and S.D soon organized a mining company. Cady, which purchased considerable ground. By 1882, Cady, who had earlier established the first store in La Cygne and the Linn County Bank, became the sole proprietor. More shafts were sunk, with similar positive results. Today, coal is still mined at the La Cygne Generating Station, to the east of the city.

Late in the fall of 1882, a destructive fire occurred in La Cygne, burning several business buildings on the west side of Broadway Street from Market to Walnut. Several businesses were destroyed, including a real estate office, harness shop, billiard hall, dental office, restaurant, and more. More businesses suffered some damage without being destroyed.

By 1910, La Cygne was called home to 957 people and featured several business blocks and beautiful homes. 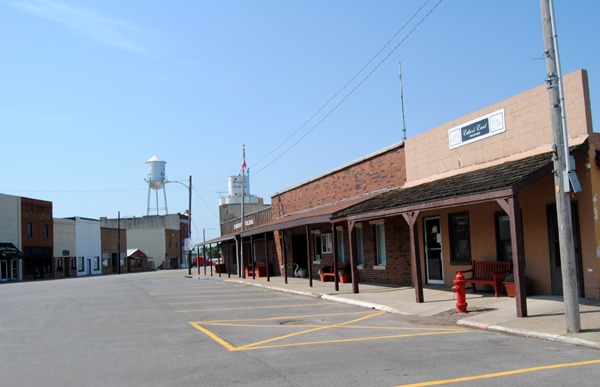 Over the years, La Cygne remained a small agricultural community and today boasts about 1,100 people. Superb fishing, camping facilities, wildlife viewing, and other recreational activities are available at Linn County Park on Lake LaCygne. The La Cygne Historical Society, located at 310 N Broadway, is open weekend afternoons for those searching for more historical information about the area. The Marais des Cygnes Massacre Historic Site is located 5 ½ miles northeast of Trading Post on Highway 69.