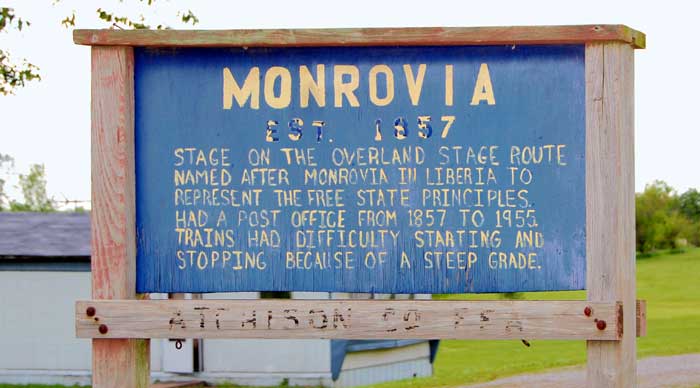 Monrovia, an extinct town in Atchison County, Kansas, started as a stage stop on the Overland Stage Route in 1856.

One of the first people to settle in the area was J. H. Talbott, who came west in 1855 and preempted a claim at Monrovia. He said that the country was full of Kickapoo Indians when he arrived.

It was named after Monrovia in Liberia to represent the Free State principles. The town was platted in 1856 by a man named Caleb West, the president of the town company, who expected it to become a large town. During this time, the Free State people began to come into their own even though Atchison County was known to be led by pro-slavery citizens. There was an organization of Free State men in the county as early as 1857, and quiet meetings were held in Monrovia, Eden, and Ocena. A Free-State society was formed at Monrovia early on with  Franklin G. Adams as the chief officer and spokesman. 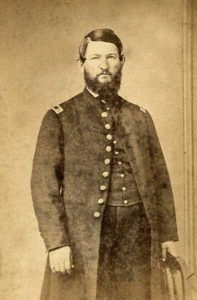 In 1857, J.H. Talbott, who had made a claim in the area, moved his family and established a boarding house. Albert D. Richardson, a neat city man of about thirty who was writing up the Kansas war for the New York Tribune, often stayed at the boarding house. James Lane, who would gain notoriety as the leader of “Jayhawkers” in the “Free-State” movement,  also occasionally stopped at J. H. Talbott’s. Talbott first heard him make a speech in a grove at Pardee. In the audience was also a pro-slavery man named A. J. Westbrook, to whom Lane made some abusive reference to. When Westbrook made a movement as if to pull a pistol, Lane shook his celebrated boney finger at Westbrook and defied him to shoot. At that time, Atchison was controlled by the pro-slavery element, but the Free State men predominated around Monrovia and Pardee.

James Redpath, an American journalist, and anti-slavery activist, was often at J. H. Talbott’s, and D. R. Anthony and Webb Wilder appeared there as young men and took up claims.

Another early resident was a Pennsylvania man named Samuel Hipple, who worked as a railroad contractor and located on a farm near Monrovia in 1857. With his family, Hipple and his sons built the first sawmill attached to a corn-grinder on Stranger Creek, which helped the new settlers build the town. Samuel’s son, Oliver Hipple, opened a store and became the first postmaster in September 1857. Later, Samuel would enter the freighting business, extending his work into New Mexico, Wyoming, Utah, and the far West and Southwest. Samuel was also in charge of the quartermaster department at Cape Girardeau, Missouri, for distributing supplies in the West during the Civil War, serving one term in the Legislature from Atchison County, the buying and shipping of livestock, and buying land. When he died in 1875, he was buried in the Monrovia Cemetery. 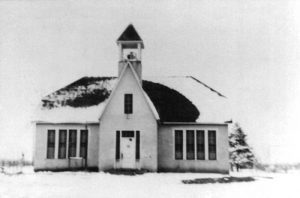 A Methodist Episcopal Church was built in 1859. The town also became a station on the Central Branch of the Missouri Pacific Railroad. Because of the large rolling hills in the area, the trains had difficulty starting and stopping because of the steep grade.

A large school was built in 1871 that would last nearly a century. Unfortunately, despite what appeared to be positive signs for a flourishing town, it never met its promoters’ expectations. By the early 1880s, it only had a population of about 50 people but also boasted two stores, the church, and the school.

In 1910, it had grown to about 104 people. However, in the following decades, the population declined, and its post office closed in November 1955.

The old site of Monrovia, which still has a few scattered homes, is about 15 miles southwest of Atchison on Highway 9. 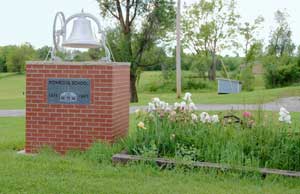