Paola, Kansas, located in the center of Miami County, is the county seat and the largest city in the county.

At the start of the 19th century, the area was largely controlled by the Osage Indians. However, more natives came when the Kaskaskia, Peoria, Wea, and Piankashaw tribes were forced to move to the region between 1827 and 1832. These tribes formed the Confederated Allied Tribe, which was led by Baptiste Peoria, who was of both French and Indian descent. They called their settlement Peoria Village. 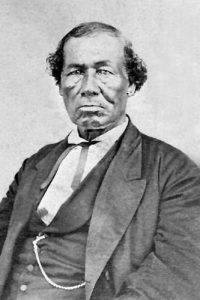 By the 1840s, white settlers began to move to the area, and several missionaries lived in and near “Peoria Village.” In 1852, an Italian Priest named Paul D. Ponziglione arrived and renamed the village Paola after a small town on the coast of Calabria, Italy.

By 1854 there was a large number of settlers who moved to the settlement, and a townsite was laid out by 1855. Indian leader Baptiste Peoria gave the land, which is now the town square, to the Paola Town Company as a peace treaty. The company also acquired title to about 400 acres of land.

The Paola Town Company later gave the square to the City of Paola, with the provision that no building be built on it, which has been honored to this day. That year, the Paola Town Company was incorporated and became the county seat. S. P. Boone built the first house for Isaac Jacobs, a Mr. White the second, and Cyrus Shaw opened a store in December 1855 in a building erected by the town company. Later, the town company built a St. Charles Hotel on the site of their first building. At the close of the year, Paola contained about 30 residents.

Paola gained a post office on February 13, 1856 and the first school was opened in the fall, with May Williams as the teacher.

In June 1857, Baptiste Peoria was elected president of the town company. Baptiste Peoria and his wife Mary Ann Isaacs are credited with being influential in the founding and development of the community through the mid-1860s.

The first school was started in 1857 by Mrs. Cyrus Shaw. 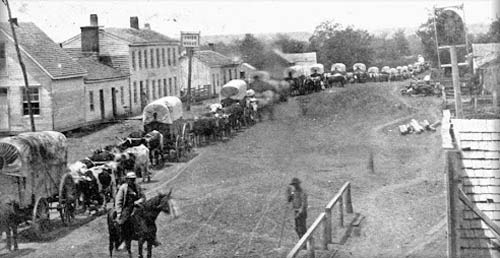 In 1858, the town of Osawatomie challenged Paola for the County Seat. However, when the vote was complete, It remained in Paola, where it has since remained.

Religion was important in the community, and the Methodist Episcopal church was placed upon the Stanton circuit in 1858, where it remained until 1864 when a local church organization was organized. The Baptist church was established in 1860; the Catholic church may be regarded as the continuation of the Catholic mission established among the New York Indians in 1845, but no church was erected until 1860. These were followed by other denominations.

The border troubles stunted the growth of the town, but by 1859 peace was again established, and the prospects of Paola looked brighter. In 1860, Paola was incorporated. The same year, Paola and the rest of Kansas Territory suffered from drought, and the next year the Civil War broke out, which kept things practically at a standstill for four years. During this time, neither person nor property was considered safe in the border counties because of the threatened invasions of the Confederates and the raids of the bushwhackers from Missouri.

During the Civil War, a military post was established on the west side of Bull Creek, just west of Paola. The new town was barely spared an attack on August 21, 1863, by Confederate guerrilla William Quantrill as he retreated after the Lawrence, Kansas Massacre. Paola was also just 10 miles west of the retreat of Confederate Major General Sterling Price’s force on October 24, 1864. The nearby military post was deactivated in August or September 1865.

Few people were added to the population, and it was not until the close of hostilities and the prospect of a railroad that the town began to improve. 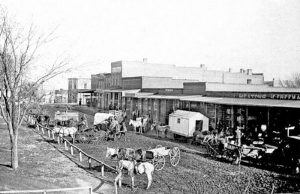 During the war, pressure to move the Native American tribes increased, and they were moved to Oklahoma by 1868. Some individuals stayed and became citizens of the United States; however, their leader Baptiste Peoria left Paola with the tribe. From the late 1860s and through the 1870s, Paola grew and progressed, building its first school, jail, and bank.

The first newspaper in Paola was the Miami Republican, which first appeared on August 18, 1866.

In 1867, the original gazebo and a bandstand were put on the square. At that time, the square was used as a track for racing horses, as a central point for parades, celebrations, and other community events. 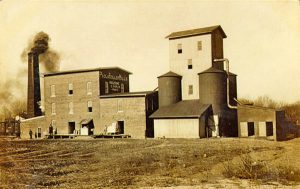 The Western Spirit newspaper made its initial appearance on June 8, 1871, and was the leading paper of the town and county for more than 100 years. It was discontinued on June 7, 1978.

In 1872 a fine school building was erected at the cost of $65,000. The Kansas Normal School and Business Institute was located in a three-story brick building.

In August 1874, the hotel was destroyed by fire.

On January 1, 1876, the first bank opened. The Miami County Bank opened in a small frame building on the north side of Peoria Street with a capital of $50,000. The next year, the company erected a two-story brick building on the southeast corner of Peoria and Pearl Streets at the cost of $6,400. 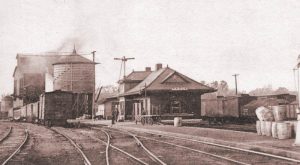 Following the discovery of natural gas in 1882, Paola became the first town west of the Mississippi River to use it commercially and have the town illuminated using natural gas lanterns. The same year, the Paola Iron Works was established in June by Joseph, A. J. and J. I. Clandon and J. W. Vilke. The works comprised an iron foundry and a machine shop.

The first oil well west of the Mississippi River was discovered north of the Lykins Mission site in 1888. A small refinery was built to handle the oil in the early 1890s. 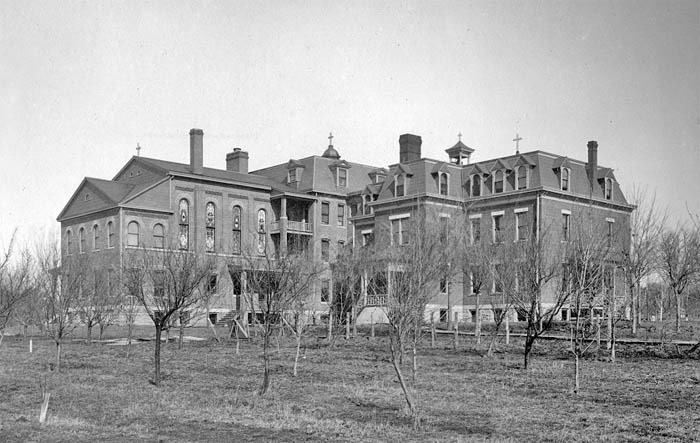 In 1894, two Catholic Ursuline Sisters from Louisville, Kentucky, came to Paola to investigate the possibility of establishing an Academy and Convent. Their original intent was to educate the Indians of Eastern Kansas. However, by that time, most of the area Indians were had already relocated to a reservation in Miami, Oklahoma.

Several towns offered locations for the school to the sisters, but Paola businessmen offered the Sisters five acres on East Wea Street. St. Angela’s Hall was completed in March 1896 at the cost of $14,000, and the school opened in September with four boarders and 40 day students. 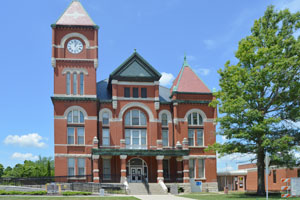 In 1898 the Miami County Courthouse was built, designed by architect George Washburn. Several other buildings were also designed by Washburn, including the Paola Park Square gazebo, the Paola Library, and several homes.

By 1904, St. Angela’s Hall was becoming too small to accommodate the increasing enrollment. An additional three and one-half acres were purchased, and that summer, a second building was begun. Brescia Hall was built next to and connected to the original building. Built at the cost of $22,000, it housed the chapel, dormitories, a dining hall, and a recreation area. As the school continued to grow in the next years, the grounds were extended to include 30 acres, and additional buildings were erected. 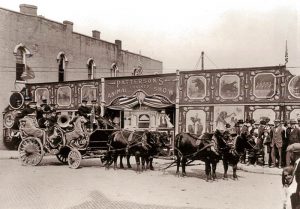 By 1910, the St. Louis and San Francisco, the Missouri, Kansas & Texas, and the Missouri Pacific railway systems had lines radiating in six different directions from Paola. As such, the town was an important shipping center for the rich agricultural district by which it is surrounded. At that time, the town had a population of 3,207.

In 1912, James Patterson moved to Paola to establish his winter quarters for his traveling circus, the Patterson Circus. The circus continued until 1927. A wall mural based on a 1924 circus pamphlet is at 106 W. Peoria. The Patterson’s home still stands in Paola in the 600 block of North Mulberry, as the only remaining structure from the circus winter headquarters.

The Ursuline Sisters operated the Academy as a grade and high school for a time until 1924, when the grade school was closed, and a junior college curriculum was added. The Ursuline College of Paola was closed in 1957, and in 1971 the high school was also discontinued.

Today, the Paola Park Square is still honored as the center of the downtown area and remains a central meeting and gathering place. Annually, Paola hosts the Miami County Fair in July, the Roots Festival in August, and the Harvest Festival in October. 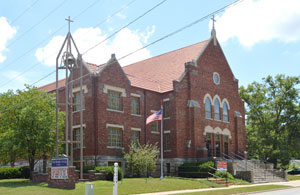 Paola is called home to about 5,700 people today.